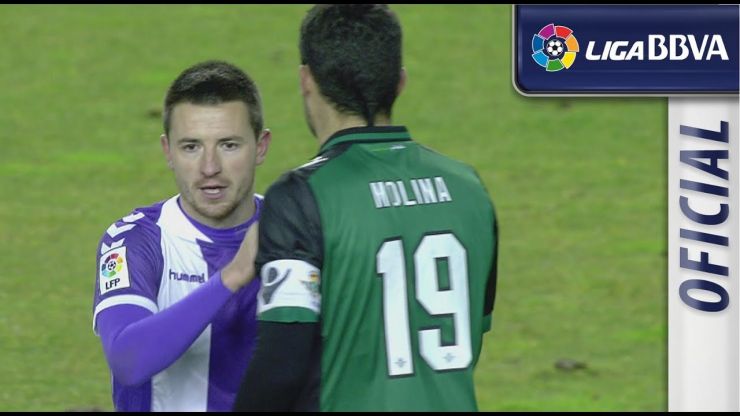 An insipid point for Betis

The side from Seville drew 0-0 against Valladolid and are still propping up the table after their eleventh match in a row without a win.

Real Valladolid CF and Real Betis Balompié provided a goalless draw on matchday 18 of the Liga BBVA. The points shared were not satisfactory for either of the teams, as Valladolid remain in the relegation zone while their opponents are still rock bottom after eleven games without a win.

The home team were put under a lot of pressure early in the match. After four minutes, a cross from Javier Matilla was deflected by a header from Marc Valiente, forcing his keeper Diego Mariño to make a stop and save his teammates blushes. The next warning shot came again from Betis, with a drive from Jorge Molina in the 19th minute that Mariño confidently saved again. Before the break though, it was the visitors who had a chance to take the lead through Daniel Larsson, but the Swedish player's shot was not enough to beat Guillermo Sara.

In the second half both teams' need for a victory was evident from their persistence. Valladolid came closest with a shot-come-cross from Carlos Peña when the clock read 77, but Sara was there once more to keep the score at 0-0.