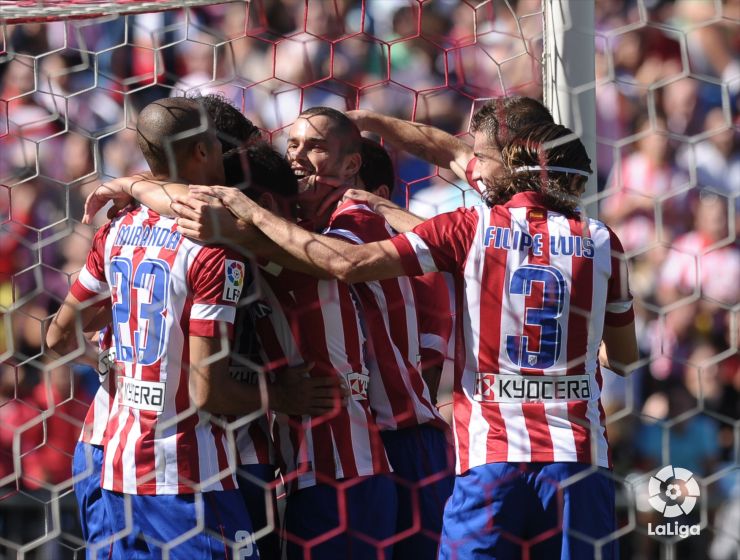 The only previous season that stands up to the rojiblancos' 2013/14 campaign in the Liga BBVA is that of 1995/96, when they were crowned champions.

With just one match to go until the first round of Liga BBVA games comes to a head with the clash between the competition's two leaders, FC Barcelona and Club Atlético de Madrid, LFP.es takes a look back at the rojiblanco side that lifted the trophy in 1995/96.

The record of the team coached by Diego Pablo Simeone is practically immaculate and it has kept the side in the battle for the top spot of the Liga BBVA together with the Blaugrana, momentarily relegating their great nemesis, Real Madrid CF, into third place.

At this point in the 1995/96 season, the side that was then managed by Radomir Antić was atop the table, four points ahead of RCD Espanyol. In addition, in the year that the team from the banks of the Manzanares did the 'double', the rojiblancos had only lost two matches and drawn three, winning the other thirteen clashes thanks to some solid defending;they had only conceded seven goals, four fewer than this season.

That Atlético team's secret weapon was an Argentinian midfielder named Simeone, now the coach of this record-breaking team. Between the sticks wasan in-form José Francisco Molina, who finished the season as the division's keeper to concede the fewest goals, a title the young Thibaut Courtois can currently lay claim to.

During his two seasons at the helm of the side in the Estadio Vicente Calderón, Simeone has always focused on the backbone of his team, formed by Courtois, Diego Godín, João Miranda, Gabi, Jorge Resurrección 'Koke' and Diego Costa. Looking back, the team Antić led to glory also had fixed core. Molina, Toni Muñoz, Roberto Solozábal, Simeone, José Luis Pérez Caminero, Milinko Pantić and Juan Vizcaíno were some of the key players to form part of the eleven that made history.

Another of the features that made that team so memorable was its clinical finishing. Atlético, with 75 goals, was the second top goal-scorer in the Liga, with just two fewer than Valencia CF, that season's runner-up. While today it is Diego Costa who provides the goals, back then it was the partnership formed by Kiko Narváez and Luboslav Penev that used torouse the fans in the Vicente Calderón. The 27 goals the two strikers scored represented a third of the all the rojiblancos' goals at the end of the season that took them to the title.

Regardless of its past, this Atlético is following in the footsteps of a side that set a milestone in the history of the club from Madrid, and this weekend it has a chance to demonstrate that in front of its fans against the team that has dominated the competition in recent years,FC Barcelona.