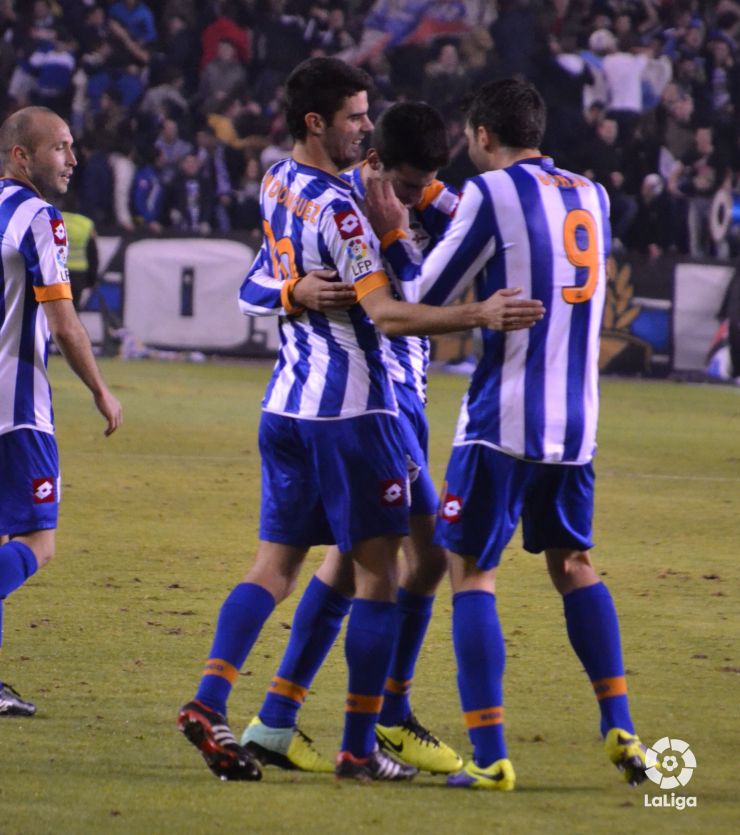 An exciting round of games in Liga Adelante

Deportivo regain top spot following Recreativo's slip up as Sporting climb back towards to the top.

It was a great weekend in Liga Adelante. The sides who aren't taking part in the Copa del Rey completed the 17th round of fixtures with seven action-packed fixtures.

Another of the teams who took advantage of round 17's results was Real Sporting de Gijón. The side from Asturias won away to Hércules CF, who were unable to make it three wins on the spin having beaten Real Murcia CF and CE Sabadell FC in their previous games. With this result, José Ramón Sandoval's side move up to third place and have a two point cushion over the side in fourth.
The real excitement in round 17 could be found in the two ties which were settled in the final minutes. CD Mirandés drew with Real Murcia thanks to a César Caneda goal two minutes from the end, whilst José María Martín-Bejarano sealed a win for Real Zaragoza over Córdoba CF in injury time.

Of the games played on Wednesday due to the team's participation in the fourth round of the Copa del Rey, CD Tenerife's goal glut against UD Las Palmas im the Canary Island derby was the standout result. Also, AD Alcorcón defeated CD Lugo at the Estadio Ángel Carro. Real Madrid Castilla, undefeated since the appointment of Manolo Díaz, recorded their second consecutive win against Girona CF in a tight encounter settled late on.