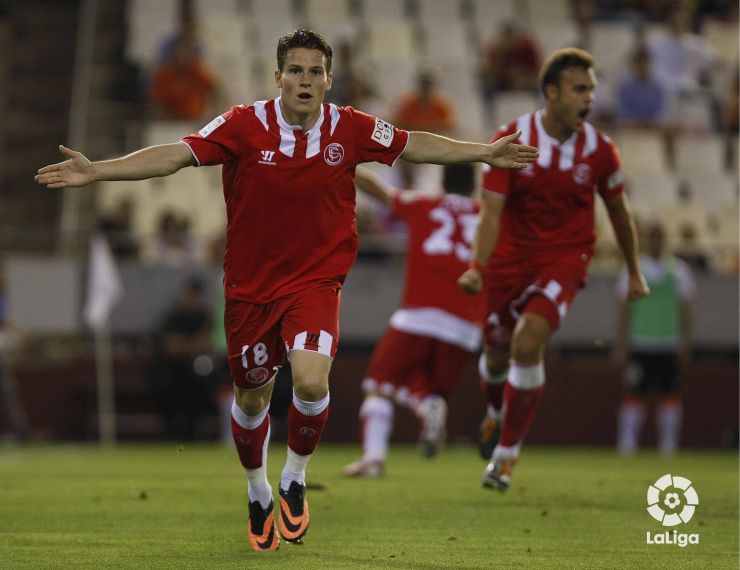 Two of the new faces in Liga BBVA, Carlos Bacca and Kevin Gameiro, form one of the most exciting double acts in Sevilla FC’s recent past.

Sevilla FC have always been known for their outstanding forwards. From Juan Arza, Juan Araujo, and Davor Šuker in the past, to the more contemporaneous Júlio César Baptista, Frédéric Kanouté, Luis Fabiano and Álvaro Negredo. Now Carlos Bacca and Kevin Gameiro, two new signings for side from Andalusia this season, have picked up where others left off in forming an exciting partnership.

"We want to carry on giving our all, and it would be great if we could both get 20 or more goals", said Bacca, inspired by the challenge that manager Unai Emery has set both strikers this season. At the moment both have made a promising start in achieving the target.

Frenchman Gameiro has four goals in eight Liga BBVA games, and a total of six in all competitions. Colombian Bacca has also shown his attacking prowess, scoring twice in Liga BBVA and four times in the UEFA Europa League so far.

They face competition for a starting berth from Raul Rusescu, who despite not being able to make an impact in Liga BBVA as of yet, has scored twice in Europe this campaign, having notched up 26 last season for FC Steaua Bucureşti in his native Romania. Between the three of them, Sevilla are sure to be in the goals as they look to achieve big this season.