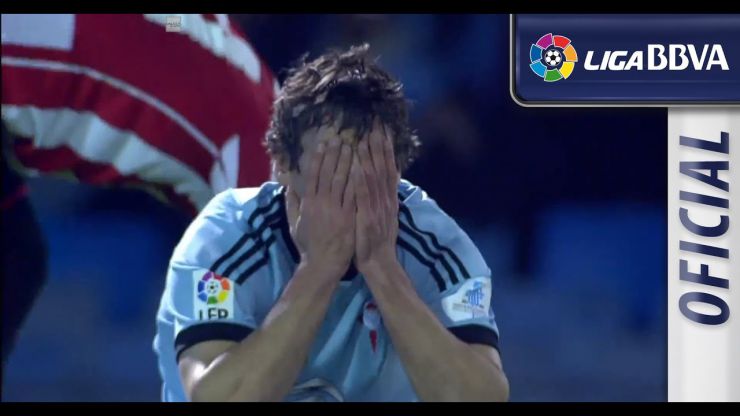 An attractive draw in the Balaídos

Celta and Athletic shared the spoils in one of the most passionate clashes on matchday 23 of the Liga BBVA, which was filled with scintillating football and bags of chances.

RC Celta de Vigo and Athletic Club ended matchday 23 of the Liga BBVA with a game that, despite ending 0-0, was a great showcase for both teams because of the spectacle they provided.

The first half of the clash in the Balaídos stadium was a mouth-watering encounter. Celta de Vigo did everything in their powers to open the scoring but the posts and an outstanding performance from goalkeeper Gorka Iraizoz prevented them from doing so. Athletic, on the other hand, had few attempts on their opponent's goal, although those it did have were laced with danger. Mikel Rico, for example, had a speculative shot for the rojiblancos that did not make it past Yoel Rodríguez. However, by far the clearest chance fell to the home side with a shot from inside the box from Charles Rodríguez that crashed into the post.

After the break, the match was a little less organised, as neither of the teams was able to take control. Chances kept falling to both sides, and with them the opportunity to take the three points. The Basque side grew in confidence as the clock ticked on but the midfield battle for possession only led the visitors as far as Celta's area, where they were short on luck. In the end, the points shared leave Celta in eleventh place with a haul of 26 and Athletic in fourth, a European spot, with 44.