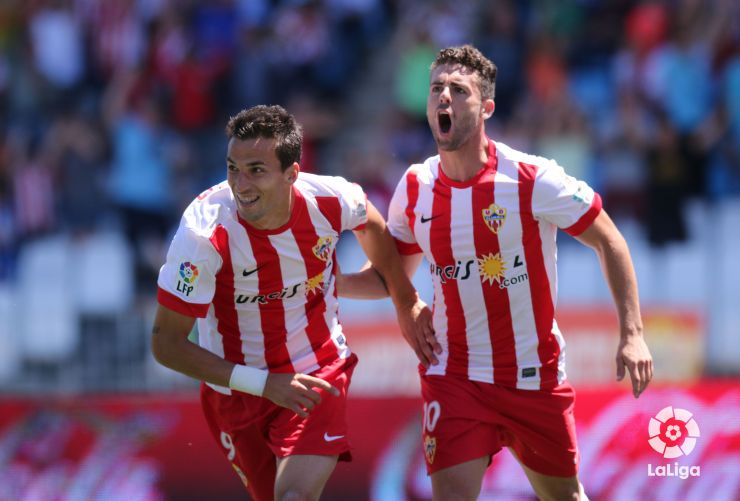 An Almería in search of magic

Fighting power and persistence have been some of the key ingredients in Almería’s recent Liga BBVA comebacks.

UD Almería’s epic comeback against Real Betis Balompié last weekend is the stuff legends are made of. The 3-2 scoreline was sealed in added time by Ramón Azeez, one of the new heroes in the Estadio de Los Juegos de los Mediterráneos. It was a victory that will live on in the memories of the rojiblanco fans for years to come, moreover, it was the Andalusian outfit’s second miracle win this week.

The last seven days have been glorious for the Andalusians, starting with their turn-around of a 1-0 deficit after Christian Stuani’s goal gave Espanyol the lead just before the break. Destiny had something spectacular in store for Almería. The first sign of things to come came when Francisco gave a youth-academy player his first run-out in the first team on a day on which it seemed the team’s chances of staying up were over. Fran Vélez repaid his manager’s confidence with an equaliser.

The second goal for Almería that day came from Suso, who found the net to finish off another stylish victory for Francisco Rodríguez’s men. Six points from six available mean Almería are out of the relegation zone and enjoying sixteenth place with 36 points, one ahead of CA Osasuna, the team who mark the start of the Liga BBVA danger zone.

Francisco’s and Almería’s commitment to attacking football has reaped its rewards thanks to decisive goals produced by a daring and bullish strategy. The Andalusian club is the best proponent of this all-or-nothing approach to football, which has pulled it back from the brink on countless occasions.

There are two weekends left until the end of the championship and Almería face two tricky finals in their fight for another season in the division. Granada CF and Athletic Club are the two obstacles that will stand in their way as they bid to recreate the magic that brought them their two recent last-minute victories.