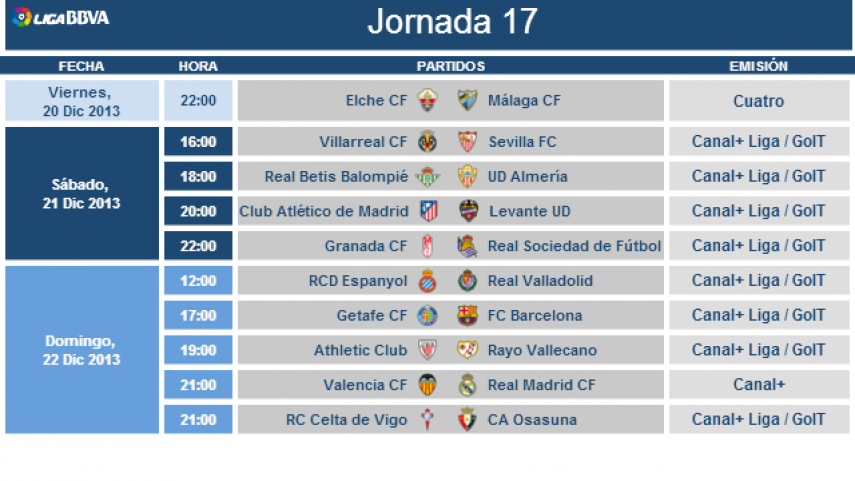 Following the scheduling of the Copa del Rey, the schedule for the Athletic-Rayo and Atlético de Madrid - Levante matches has been modified.

Following the scheduling of the fourth-round Copa del Rey ties, the schedule for Liga BBVA matchday 17 has undergone modifications.

The match between Athletic Club and Rayo Vallecano will now be held on the 22nd of December at 19:00, while the clash between Club Atlético de Madrid and Levante UD is to be played on the 21st of December at 20:00.