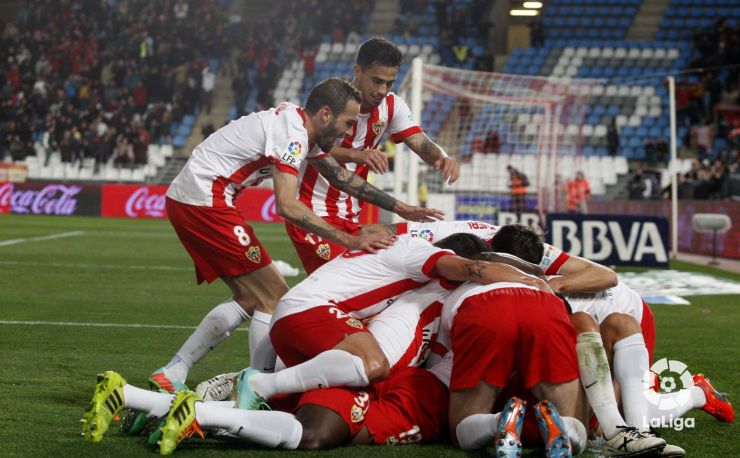 Unbeaten in the last four games in its own stadium, the Andalusian team has escaped the Liga BBVA relegation zone.

UD Almería has made the Estadio de los Juegos Mediterráneos into a fortress. Its home record in recent Liga BBVA matches has not only helped the rojiblanco club set a new record, it has also hauled them out of the relegation zone, from which it is now five points away.

The key to the improvement in Francisco Rodríguez's team has been the last four matches in their stadium. Not only did the team from Almería keep four clean sheets in that time, they also collected 10 of the 12 points on offer. The turning point was the painful defeat at the hands of Real Madrid CF in front of its home fans. Since that match, Almería has not lost a single home game, recording a draw against RCD Espanyol (0-0) and three consecutive victories over Granada CF (3-0), Getafe CF (1-0) and Club Atlético de Madrid (2-0).

Almería's dynamic has clearly been turned on its head. The first seven Liga BBVA matches played in the Juegos Mediterráneos resulted in four defeats, two draws and a single victory, clashes in which the Andalusian side conceded fifteen goals and scored seven. Against Elche CF (2-2) and Levante UD (2-2) they needed to score at least two goals to pick up a point, something that proved insufficient against Villarreal CF (2-3), when they ended up losing despite twice taking the lead.

Almería's next home encounter will be the Andalusian derby against Málaga CF on matchday 25 of the Liga BBVA. The aim will be to extend the record set against Atlético de Madrid and add another unbeaten match to their run to pass the mark set in the 2007/08 season.