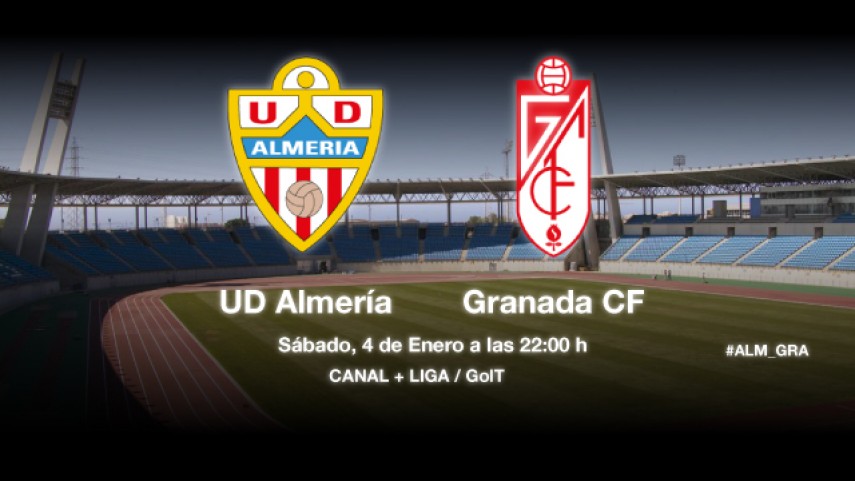 Almeria want to push on against Granada

The home team hope to continue winning games in 2014 as they ended 2013, whilst Granada are looking to keep their place among the top four away teams.

UD Almería and Granada CF will bring Saturday's round of matches in the BBVA league to a close at 10pm at the Estadio de los Juegos Mediterráneos.

The home team have won two of their last five matches and will try to win at home again for the first time in two months since defeating Real Valladolid 1-0. The red and whites' manager, Francisco Rodríguez, could field new signings like defender José Manuel Jiménez 'Mané' and forward Jonathan Zongo. However, striker 'Rodri' and full-back Nélson Tomar, along with defender Hans Martínez, will miss the encounter. In the pre-match press conference Francisco praised his men's attitude: "The players that are here are the ones who are going to move things on, but if anyone comes in and adds something to the group they will be most welcome".

For Granada, defender Jeison Murillo, midfielder Dani Benítez and forward Odion Ighalo will be unavailable for a game in which they will hope to preserve their status as one of the top four away teams in the Liga BBVA. Their coach, Lucas Alcaraz, examined the encounter with Almería: "It's not going to be easy but we are hoping to win. The team wants to finish the first round of fixtures off on a positive note".