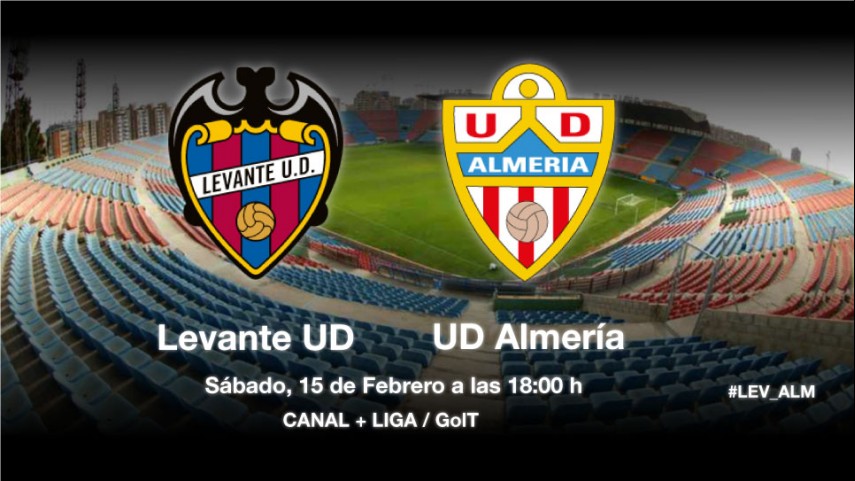 Almería visit an in form Levante

The Valencian side has gone five games unbeaten, while the Andalusians will be full of confidence heading to the Ciutat de València after beating Atlético last weekend.

Levante will play host to Almería in the Ciutat de València for matchday 24 of the Liga BBVA. The visitors, who are on 25 points, will be hoping to close some distance gap on their opponents, who are relatively safe in the table.

Levante are enjoying a great streak of form of late, and have gone five games without a single defeat. Although Joaquín Caparrós will be without the injured Nikos Karampelas and Issam El Adou, as well as Loukas Vyntra and Andreas Ivanschitz, who are both suspended, he is confident that his side can take all three points. "We have to clinical and strong in defence. We have to play well all over the pitch", Caparrós stated.

Meanwhile, Almería will want to move even further away from the relegation zone, which they sit four points clear of. On top of that, the team comes into this match having beaten Atlético Madrid 2-0 last weekend, a result that was "positive for everyone. Now achieving our goals seems even more realistic", declared Francisco Rodríguez. The biggest news for the Andalusian side is the return of Mané to the squad, while Fernando Soriano, Rodri and Nélson are all out.