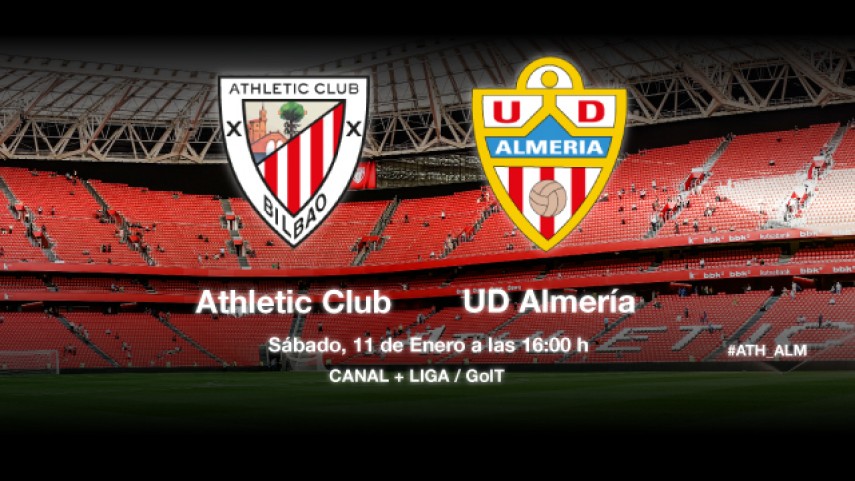 Athletic will fight to hold onto fourth place while the Andalusian side will want to continue climbing the table until safely away from the danger zone.

Athletic Club wants to make amends for last week's hiccup in the Basque derby where the Lions lost 2-0 to Real Sociedad. With that in mind the Red and Whites will play host toUD Almería in the new San Mamés, where they have yet to be defeated, for matchday 19 of the Liga BBVA.

The Bilbao outfit wants to hold onto fourth place in the league in order to stay in the race for a UEFA Champions League spot. As well as that, it will be looking to start 2014 with its 'unbeaten at home' status intact. Despite its favourable position, the home team's coach, Ernesto Valverde, is wary of the Andalusian side's decent run of form of late: "Saturday's match will be extremely difficult. They are a very sure and confident about what they do".

Almería, for their part, have found stability in the Liga BBVA with 5 wins from the last 8 games. The Andalusian side's coach, Francisco Rodríguez, will have a full squad to choose from against the Basque opposition, except for Nelson and Rodri, who are still recovering from injuries. "We are up against a great team, which hasn't lost in its new stadium, but we will be as ambitious as ever", Francisco declared in his pre-match press conference.