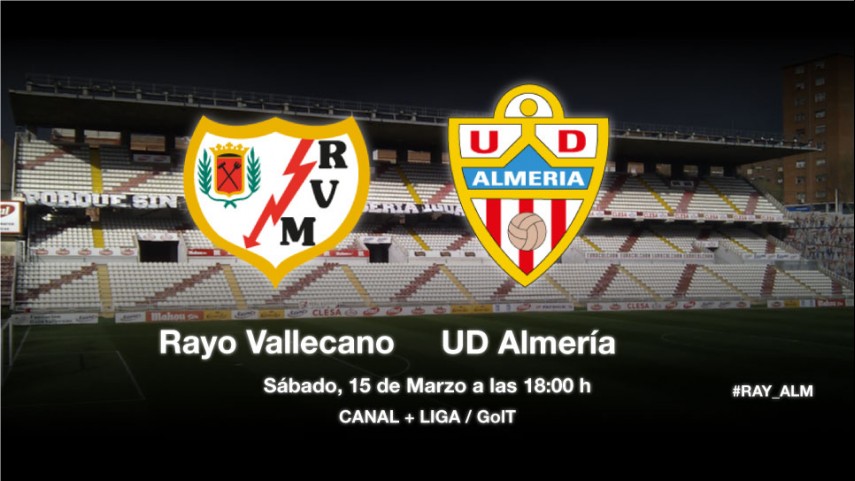 Almería to put Rayo's run to the test

The Madrid outfit are on the back of two consecutive wins, whilst the Andalusian side haven't won in four games.

Rayo Vallecano host UD Almería on Saturday in round 28 of Liga BBVA. Both sides have 26 points, and they will fight it out for three points that could help them escape the danger zone.

The home side have recently shown their best version, having downed Real Sociedad de Fútbol (2-3) and Valencia CF, who lost 1-0 at Vallecas. They are six important points that keep Paco Jémez's side alive in the fight for survival. "We have a lot to play for tomorrow. We can make it three wins on the run and this is our aim", said Jémez, who will be without the suspended Saúl Ñíguez.

Almería, for their part, haven't won in four games. Despite this, Francisco Rodríguez has confidence in his side: "We carry on competing and we have the objective in our sites, it’s down to us". Goalkeeper Julián Cuesta and Óscar Díaz are the new names in the Andalusian side's squad for the game.