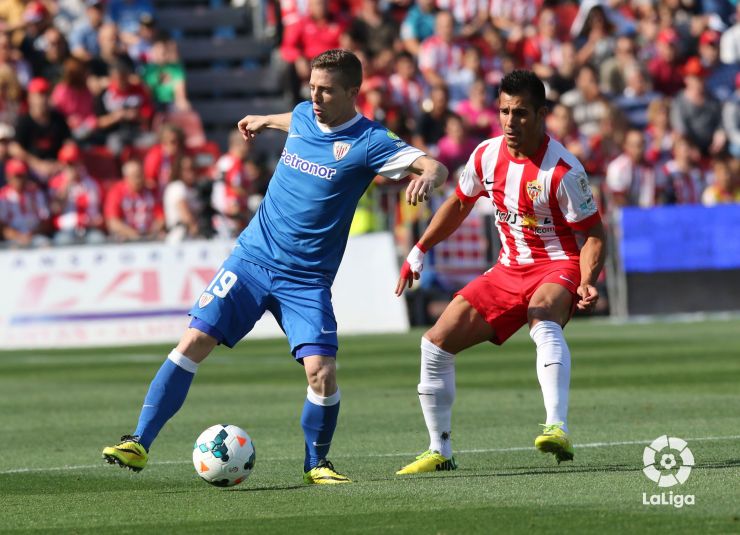 The Andalusians drew in the Estadio de los Juegos Mediterráneos, to seal a vital point that gives them another year's football in the Liga BBVA.

UD Almería drew 0-0 against Athletic Club on matchday 38 of the Liga BBVA. Francisco Rodríguez's men totalled 40 points to achieve their goal of safety.

Neither of the teams had many chances in the first half but the visitors came closest to taking the lead. First, through Mikel Rico, who fired wide of Esteban's goal. The Andalusians looked comfortable on the pitch but Aymeric Laporte, who had the best chance of the game so far, gave the home team a scare, however, he failed to break the deadlock before the break.

In the second half, Almería, all too aware of what was at stake, came out with more intensity and were close to scoring, but Aleix Vidal, was twice met by a solid Iago Herrerín, who stopped the home side from finding the net. In the dying minutes Rodri could have put the match to bed, but luck was not on his side. Even so, the team won a vital point that keeps them in the Liga BBVA next season.