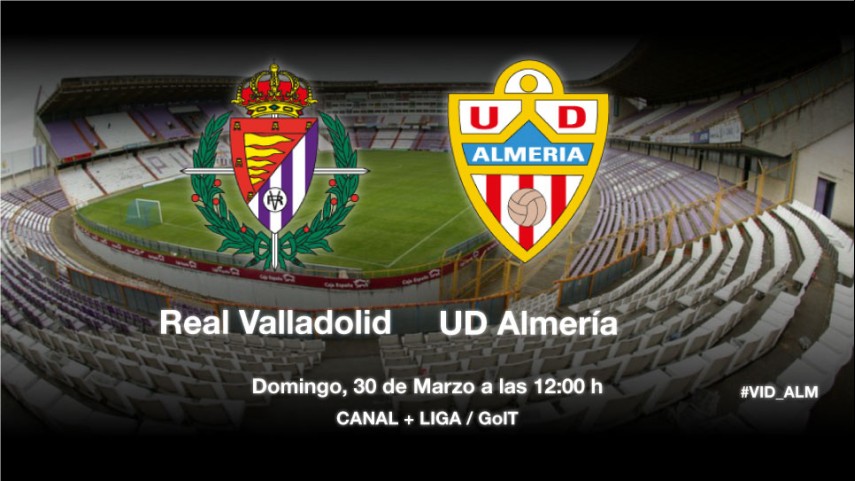 Almería put Valladolid to the test

The Red and Whites will be looking to close out a good week, in which they’ve already won one and drawn one, with a result against a Valladolid side in search of a win to climb out of the relegation zone.

Valladolid and Almería meet for matchday 31 of the Liga BBVA. The game between these two very similar sides kicks off at 5pm on Sunday.

Valladolid will be looking for a change of fortunes in this match, having only managed to pick up one point from the last nine available. Depending on how other results go, a win could move them out of the Liga BBVA danger zone. Juan Ignacio Martínez will be without the injured Heinz Barmettler in defence and Stefan Mitrović, who is suspended. The Valladolid coach thinks the key is "picking up points, as there is no other way to climb out [of the relegation zone]".

Meanwhile, the visitors will travel to the José Zorrilla Stadium looking to close out a great week in which they’ve already beaten Real Sociedad with a gripping 4-3 win, before coming back from 2-0 behind to draw with Valencia. Francisco Rodríguez made his intentions for the trip to Valladolid clear in his pre-match press conference: "Not losing is important, but we are going to be a bit more ambitious than that because a win would give us a lot of breathing room". Francisco will be without the suspended Verza in defence, as well as Sebastián Dubarbier and Hans Martínez, who are both injured.