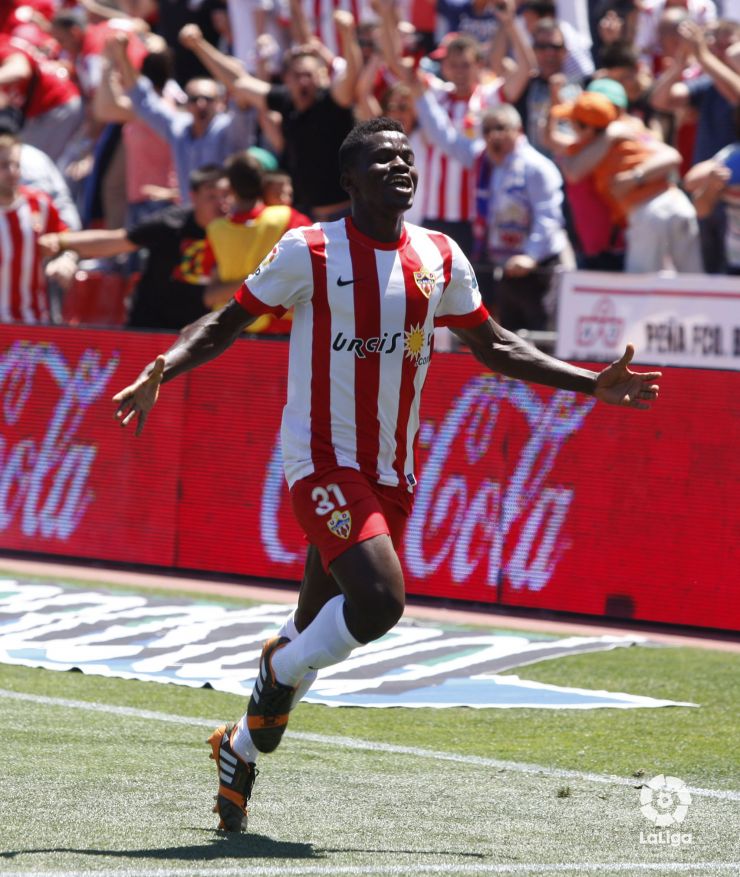 A goal from Azeez in the 93rd minute against Betis sealed a victory and three points that hoist the rojiblancos out the relegation zone.

UD Almería gave their all to get three points from Real Betis Balompié in their Liga BBVA matchday 36 clash, and they got their just deserts. They clinched the victory in added time, after struggling in a thrilling game, but they eventually stole off with three points that get them out of the relegation zone after coming back in a game it led early on, but which took a turn for the worse when Suso received his marching orders.

After an end-to-end first half in which the home team sought the net out of necessity and the verdiblancos for sheer pride, the excitement was delivered after the break, when all five goals were scored.

Óscar Díaz, who had several chances in the first 45 minutes, found Almería's first after 52, bringing a smile to the faces of the Estadio de los Juegos Mediterráneos faithful. But Suso's sending-off two minutes after taking the lead breathed new life into Betis, who got back into the match with goals from Braian Rodriguez and Salva Sevilla.

Almería refused to let their heads drop and levelled thanks to the cunning of Aleix Vidal, who was his team's best player throughout. In the 93rd minute Ramón Azeez cropped up to keep alive the dream of salvation for Francisco’s men, much to the delight of the home fans