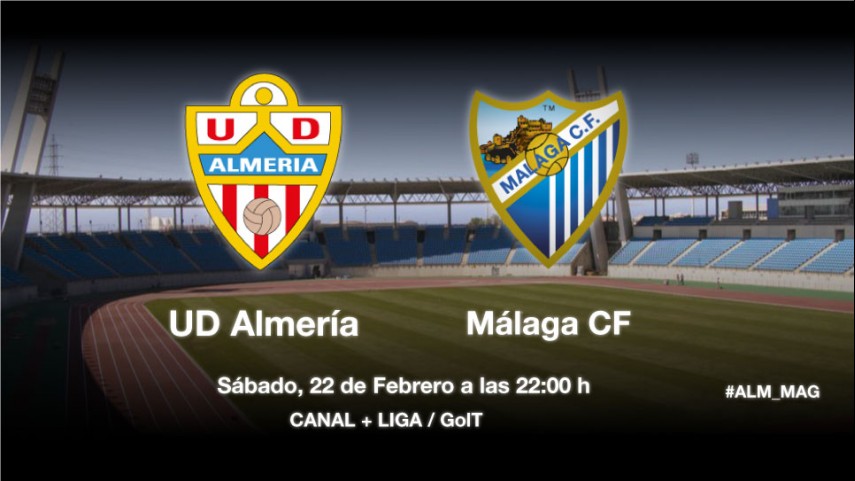 Almería and Málaga, looking to avoid the drop

The Anchovies, who lie three points above the danger zone, travel to take on one of their direct rivals who will also be fighting to climb further away from the relegation dogfight.

Almería meet Málaga in the Estadio de los Juegos Mediterráneos for matchday 25 of the Liga BBVA. The away side will be looking to make amends after losing their last game to Levante (1-0), against a direct rival that has lost its last two encounters against Rayo Vallecano (4-1) and Real Sociedad (0-1).

The good news for Francisco Rodríguez is that he has a full squad of players to draw from, including Rodri who has been given the all clear and is now eligible to play. Francisco recognised that this will be a significant match for his team: "We play each other a lot and we need to win in order to move further away from the relegation zone".

Meanwhile, Málaga head into the Andalusian clash one point behind Almería in the Liga BBVA standings and will therefore be looking to leapfrog them. Sergio Sánchez and Weligton are both available for selection again, which will help to reinforce Bernd Schuster’s team. Sergio Barbosa Valente 'Duda' spoke about the importance of the upcoming fixture. "We know what we are up against. If we do our job right, and get a bit of luck, we will get all three points", the Málaga captain declared.