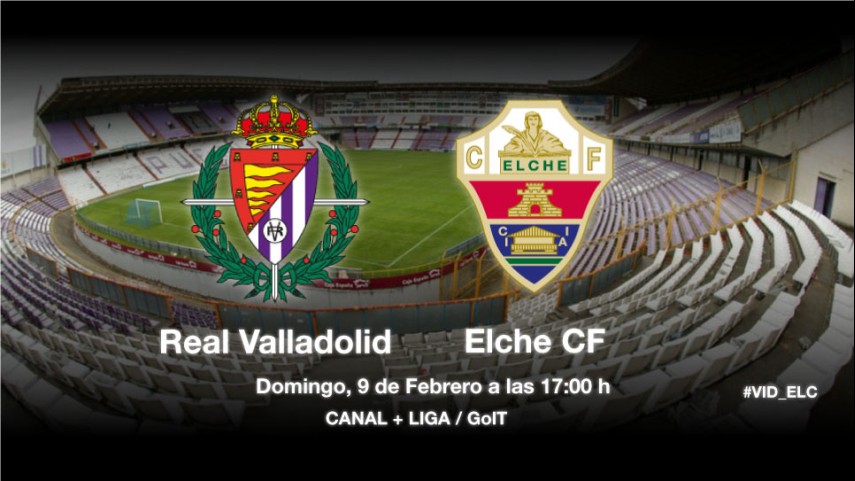 All to play for in the Zorrilla

Valladolid and Elche, close rivals in the table, fight it out for a victory that would provide peace of mind.

The match in the José Zorrilla on Sunday on matchday 25 of the Liga BBVA has a lot to offer for its winner. Real Valladolid and Elche CF need a victory in order to stay in the fight to stay up.

Of the two, Valladolid is the most desperate for points. The team from Castile and Leon only has 20, putting it on the border of the Liga BBVA relegation zone. For the match against Elche Juan Ignacio Martínez's men, will be looking to keep up their good form and seal a third match on the trot without losing. The manager is aware of the importance of the game against the team from Alicante. "We know we are playing against a direct rival and it will be tough". Óscar González will miss the match through injury, while Javi Guerra is serving a suspension for accumulated yellow cards.

Elche, for its part, will be looking to pocket another positive result against a close rival. Having beaten Rayo Vallecano and UD Almería, the side is going through a batch of matches against neighbouring teams in the table. Fran Escribá will be without the suspended Damián Suárez and Edu Albacar and Aaron Ñíguez, who are injured. The franjiverdes' coach explained that "victory over a direct rival always provides a boost, both to morale and in the table" and added that "we have to be careful because Real Valladolid is a solid team that plays good football and has a lot of energy".