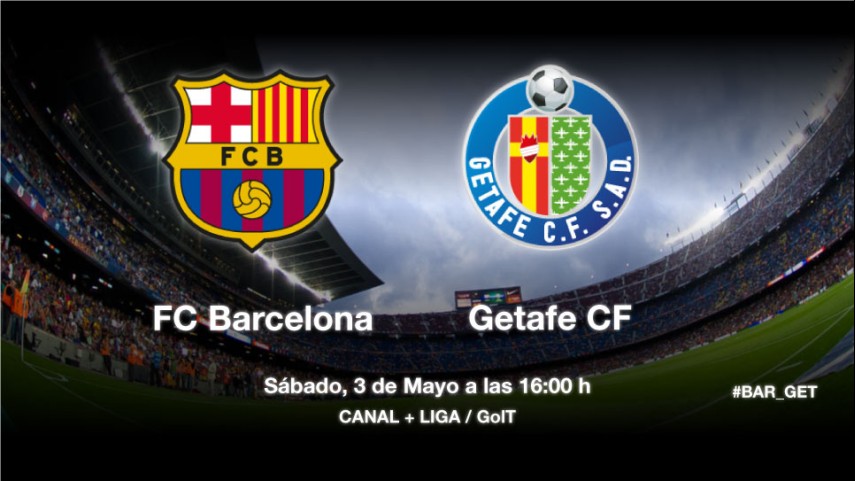 All to play for in the Camp Nou

Barcelona and Getafe will be fighting it out for the title and safety in the division respectively when they meet in the blaugrana stadium, where Tito Vilanova will receive a final send off.

Barcelona will play host to Getafe for matchday 36 of the Liga BBVA, in an encounter in which the Camp Nou will honour the recent passing of Tito Vilanova. The home side will be looking to stay in the title race, while the Madrid outfit is in need of a win in order to move further away from the relegation zone.

The Catalans will be full of confidence after coming back from behind to beat Villarreal (2-3) in their last outing, and will be fighting for all three points at home to honour their now deceased former manager. "The last two games were very difficult and we want to still be in with a chance when we get to the last game of the season", declared Gerardo Martino, who will have to deal with a long list of injuries for this match which includes Víctor Valdés, Carles Puyol, Jordi Alba, Gerard Piqué, Jonathan dos Santos and Neymar. Also, Isaac Cuenca will not be part of the Argentine coach's squad.

Meanwhile, the South Madrid side come into this game on the back of an important 1-0 win over Málaga that allowed them to climb out of the drop zone. Cosmin Contra revealed his secret for causing an upset in the Camp Nou: "The key to winning is hard work, self belief and a bit of luck". Getafe will be without the injured Miguel Ángel Moyà, as well as Ciprian Marica, Lisandro and Pedro León, who are all suspended for this game.