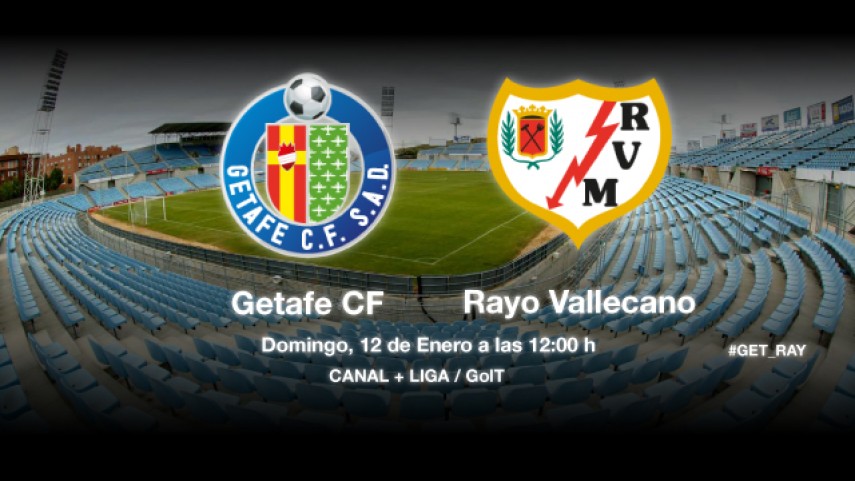 All to play for in Madrid

Getafe and Rayo square off in azulón territory with both sides in need of points. Luis García's men are looking to end a bad run of results and Rayo need the points to move away from the bottom.

Getafe CF and Rayo Vallecano meet in the city in the south of the Comunidad de Madrid with very different goals. Matchday 19 of the Liga BBVA will give Luis García's men the chance to forget the pasting they received from FC Barcelona in the Copa del Rey, while the team from Vallecas are in urgent need of points in order to escape the relegation zone.

“Rayo is a unique team and they will come out fighting. Both of us intend to win. In our case, to end a bad run and in theirs, to escape the relegation zone”, said the azulones' manager, who may well be without the injured Pedro Mosquera and Míchel Madera.

For his part, Paco Jémez seemed optimistic coming into the game in the Coliseum Alfonso Pérez. “It is a new opportunity for us to improve and pick up points”. Joaquín Larrivey and Alberto Perea, who suffered an ankle sprain in the Copa del Rey on Thursday, join Rayo's sick-list.