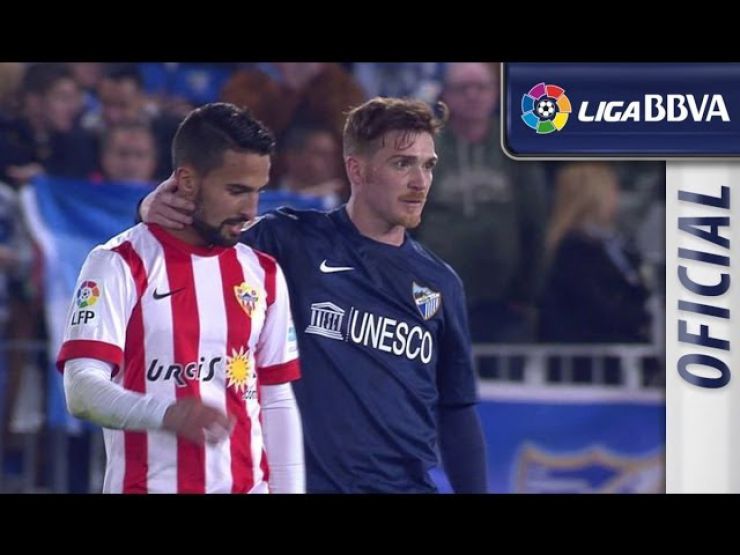 All square in the Juegos Mediterráneos Stadium

Almería and Málaga hold each other to a goalless draw to earn their 25th and 26th points of the season respectively, thus moving further away from the Liga BBVA relegation zone.

The first half was notable for the amount of play in the centre of midfield as both sides were so wary of conceding the first goal. Even so, there were chances to open the scoring. First Almería were denied a goal when Ángel Trujillo’s shot at the far post was excellently saved by Willy Caballero. Málaga had a chance of their own soon after when Ignacio Camacho’s strike from outside the box whizzed past Esteban’s goal frame.

After the break, the home side became much more persistent in their search for all three points. Burkina Faso Jonathan Zongo caused the Málaga defence all kinds of problems with his movement. With both teams defending well, the best chances came from dead ball situations. In the end neither side was able to find the back of the net and it finished honours even, meaning Almería now have 26 points to their name so far this season, one more than Málaga.