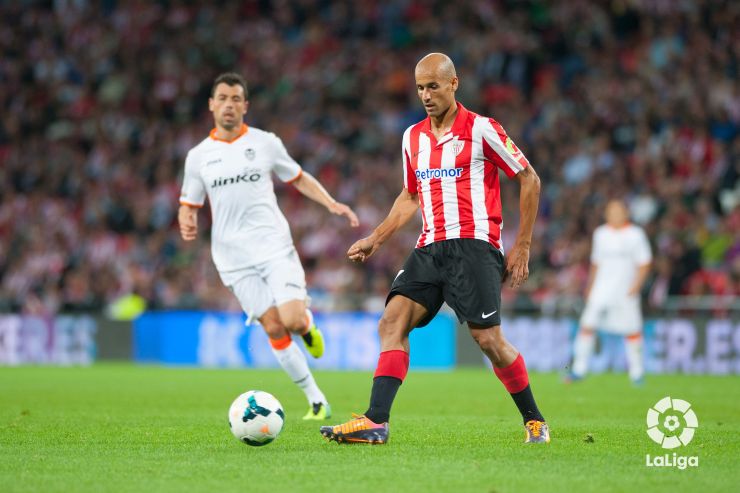 All square in the fight for European spots

Athletic and Valencia drew a game that the away side could have won in the first half alone. Banega and Mikel Rico got the goals.

Athletic Club drew 1-1 with Valencia CF in the eighth round of Liga BBVA. This result sees the home side still in the European spots, level on points with Miroslav Djukić’s men.

The game at San Mamés was hotly contested, especially in the first half, where both sides had opportunities. Óscar De Marcos and Aymeric Laporte tested out Vicente Guaita in the Valencia goal, whilst Djukić’s side were always looking to counter – striker Jonas bringing out the best in Gorka Iraizoz. There were further opportunities for each team, and it was the visitors who went ahead just before halftime, as Éver Banega lashed the ball into the top corner from the penalty spot.

Shortly after the break Jonas once again tested Iraizoz, however couldn’t find a way past the Basque outfit’s goalkeeper. Valencia continued to dominate, and could have sealed victory on more than one occasion. Even though they were on the back foot, Ernesto Valverde’s side looked dangerous whenever they went forward. Iker Muniain hitting the post before Mikel Rico equalised a quarter of an hour from the end, heading in a De Marcos cross. Following the goal, both sides looked for a winner in an exciting finale, however the match ended as a tie.