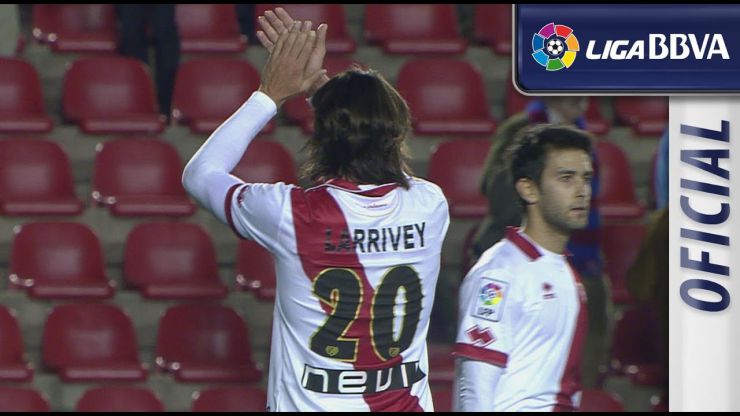 All square in the Ciutat de València

Levante and Rayo Vallecano hold each other to a goalless draw in a game which either side could have won.

Levante and Rayo Vallecano held each other to a goalless draw in matchday 22 of the Liga BBVA season. The result means that the Valencian outfit remains in mid table, while the Madrid side is unable to climb out of the relegation zone just yet.

During an intense first half, it was Rayo that enjoyed the better chances to open up the scoring. First, Roberto Trashorras almost found the back of the net with a fantastic free kick but was denied by Keylor Navas, the Levante keeper, who just about managed to get his fingertips to the ball. Shortly after that, Joaquín Larrivey was unable to find the target with a shot inside the home side’s box. Meanwhile, Levante could have gone in front with a one-on-one situation, however, David Barral couldn’t outsmart Rubén Martínez in the Rayo goal.

After the break, both sides went all out to take all three points, a ferocity that lasted right up until the final whistle. Levante were the closest to snatching the win, when Barral was presented with a golden opportunity in the 85th minute, but once again Rubén was at hand to deny the striker. Samuele Longo, who signed for Rayo during the January transfer window, came on towards the end of the game.