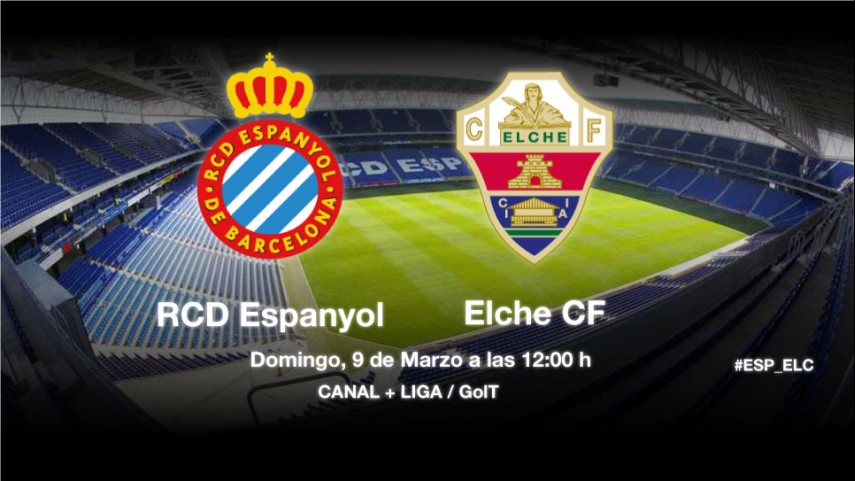 Both Espanyol and Elche will look for a good result to get back to winning ways and keep their goals in sight.

RCD Espanyol plays host to Elche CF in their game on the 27th matchday of the Liga BBVA, the hundredth played at the Cornellà-El Prat.

“We’re falling behind and running out of steam”. This was how Javier Aguirre explained Espanyol’s situation as they go into their game against Elche. The Catalans, who have just one point from the last six, will be looking to pick up the pace and regain consistency. John Córdoba will miss the match through suspension while Víctor Álvarez is recalled.

For Elche CF it will be an opportunity to take care of some unfinished business this season. Fran Escribá’s side have won just two matches away from the Martínez Valero Stadium, the last of them on 20 October against Real Betis Balompié. However, Elche’s manager explained that his side “always gives the impression they can score” and added that “the team has been very consistent all season”. Edu Albácar, Aarón Ñiguez, Toño Martínez and Álvaro Giménez will miss the match through injury.