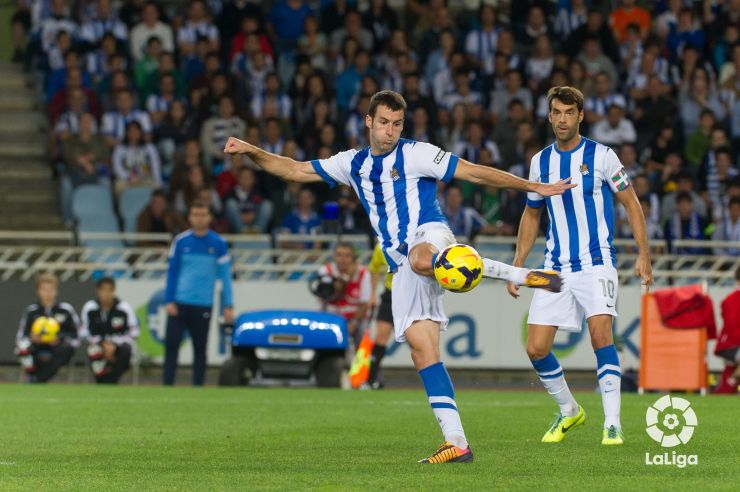 The Real Sociedad player signed the deal, which extends his current contract with the Basque outfit by three years, on Wednesday

Real Sociedad de Futbol have reached an agreement with Imanol Agirretxe to extend his contract at the Liga BBVA outfit until the 30th of June 2018. The forward from Usúrbil, along with the club's president Jokin Aperribay, signed the contract on Wednesday at the Anoeta, extending his current deal with the 'txuri-urdin' by three seasons.

The player showed his satisfaction after the renovation: "To carry on here was my dream. I'm very happy; it's the club where I want to be playing. We're experiencing a special few years at the club and I want to carry on enjoying them". For his part, the club's sporting director Loren emphasised "Agirretxe and Ansotegi are important references, players who are Real Sociedad through and through and possess all the qualities we want our home-grown players to have".

Agirretxe's new deal follows that of Ion Ansotegi, who on Monday extended his stay until the end of the 2014/15 season, with the centre back's contract due to expire in June.