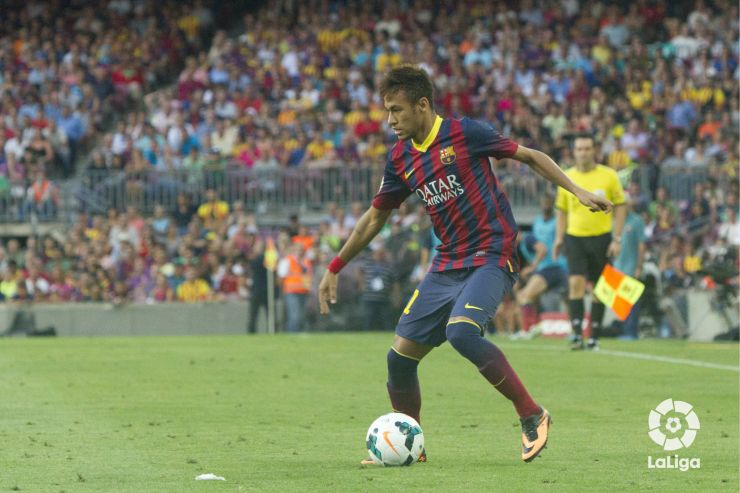 After their experience in the Under-17 World Cup in 2009, Neymar, Casemiro and Wellington Silva have now come to Barça, Madrid and Murcia in search of success.

In October 2009, three of football's young hopefuls were looking to make an impact on FIFA's Under-17 World Cup in Nigeria. Having won the competition three times, Brazil landed in the African country with the hope of building on its supremacy. That team included three players who are now looking to make a name for themselves in the Spanish Liga de Fútbol Profesional.

With the number 11 on his shirt, Neymar was one of the Brazilian outfit's leading strikers. Still at Santos FC, the player from Mogi das Cruzes was starting to attract the attention of scouts from far-off teams, and in the Under-17 World Cup he scored one of his country's three goals, but the team failed to make it through the group stages, falling at the first fence having beaten Japan, only to lose to Mexico and Switzerland in the following clashes.

At the time, Neymar had already made his first-team debut for Santos and at just 17 years of age he already had five goals under his belt. By the time he came to Barcelona this summer he had a Copa Libertadores, a Recopa, a Copa do Brasil and three Campeonato Paulista trophies in his cabinet.

In the centre of the pitch, Casemiro started as a substitute, playing nine minutes in the opening match, he did not feature against Mexico and started in the third clash. After what seemed like a lifetime at São Paulo FC, the willowy midfielder attracted the attention of the manager of Real Madrid CF, where he served in the ranks of Real Madrid Castilla last season and made his Liga BBVA debut as a starter against Real Betis Balompié on the 20th of April 2013.

After being one of Carlo Ancelotti's best players in the preseason, Carlos Henrique Casemiro took part in the first three matches of the current campaign, and is now a regular name on the Italian manager's team-sheet.

The final representative of that Brazilian generation who now plays in Spain is Wellington Silva. He was the first of the three to make the trip to Europe. On the 31st of January 2010, Arsenal FC in England signed the promising striker from Fluminense FC, but he was not given many breaks and was subsequently 'adopted' by Spanish football.

Having been on loan to Levante UD, CD Alcoyano and SD Ponferradina in the last three seasons, Wellington Silva arrived at Real Murcia to form part of Julio Velázquez's plans for the club, which will now include promotion to the Liga BBVA after flying out the blocks with eleven points from six games to occupy third position.

The player, who still belongs to Arsenal, has played in five of the six Liga Adelante matches and will be hoping for promotion so that he can join his old teammates Neymar and Casemiro, who are now enjoying the Liga BBVA at Madrid and Barça, clubs of some prestige. With treasured memories of the Under-17 World Cup in Nigeria in 2009, Wellington Silva, the Madrid midfielder and the azulgranas striker are enjoying the best football in the world just as their careers are beginning to take off.