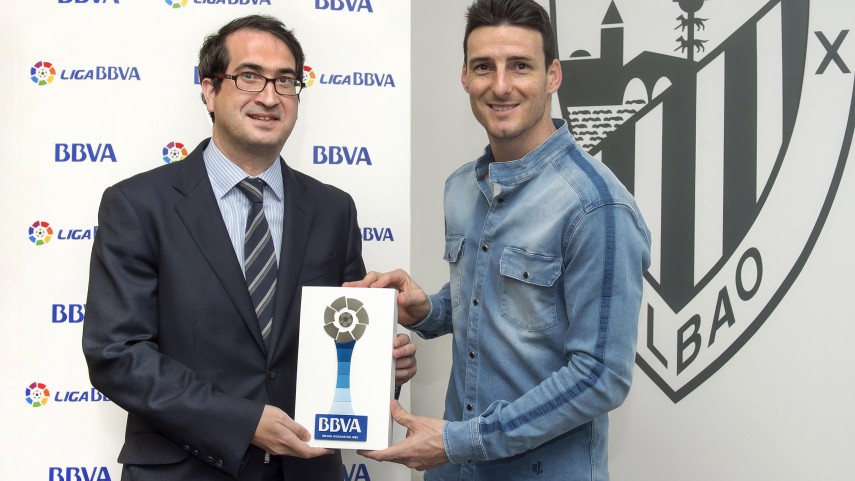 Aduriz named Liga BBVA Player of the Month for March

The Athletic striker clinches the award after notching three goals in March, further cementing his position as one of Ernesto Valverde's key men.

Athletic Club forward Aritz Aduriz (San Sebastian, Basque Country, 1981) has been named Liga BBVA Player of the Month for March, on the back of his relentless goalscoring exploits and influential all-round play for the Basque outfit. 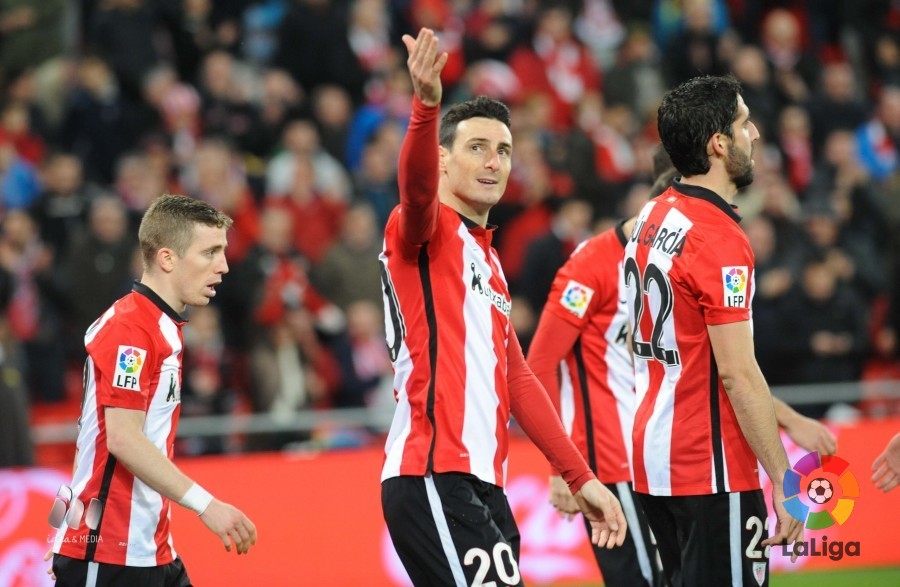 The 35-year-old, who has a wealth of Liga BBVA experience to call upon, is entertaining Athletic fans with the best run of form of his career. Aduriz is the top goalscorer for Ernesto Valverde's side and extended his season tally by three during March. The striker's goals have not been exclusively reserved for the Liga BBVA, with his crucial late strike at Mestalla securing Athletic's passage to the UEFA Europa League quarter-finals at the expense of Valencia CF.

This accolade, which is awarded by BBVA, the competition's main sponsor, and voted for by the LaLiga.es writers, recognises Aduriz's impressive work in the Basque side's attacking department, his professional character on the pitch and his unwavering eye for goal.