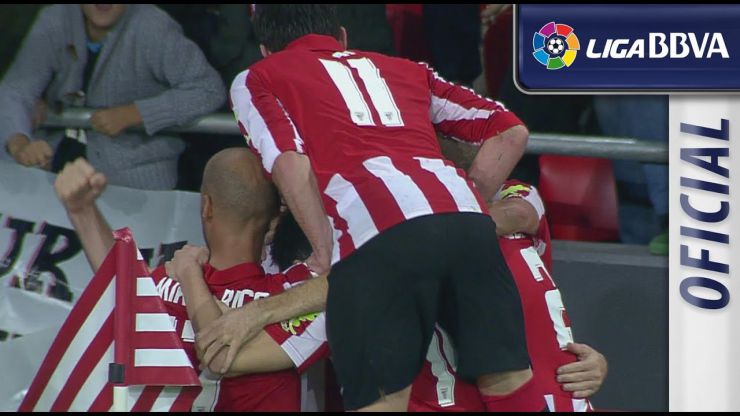 Athletic mounted a comeback against Levante after going behind 1-0, with the visitors unable to handle the Lions during the second half.

Athletic Club came back from 1-0 behind to beat Levante 2-1 and hold onto fifth place in the Liga BBVA table with 23 points. The Valencia outfit almost caused an upset in the new San Mamés, a stadium no visiting team has managed to come away with a win in so far.

Both teams came close to breaking the deadlock early in the first half. The first real chance fell to Héctor Rodas, whose volley was cleared off the line by the Basque defence. The home side then had a chance of its own through Guillermo Fernández. However, it was David Barral for Levante who opened the scoring, finishing off a great move by Jordi Xumetra from short distance.

After the break, Ernesto Valverde shuffled things around, bringing on Aritz Aduriz up front and Mikel Rico in midfield, both of who were well equipped to hurt Levante on the counter. Athletic kept knocking on Keylor Navas’ net until eventually Mikel Rico equalised with a good shot. Soon after, the Basque side’s other fresh pair of legs, Aduriz, scored the winner.