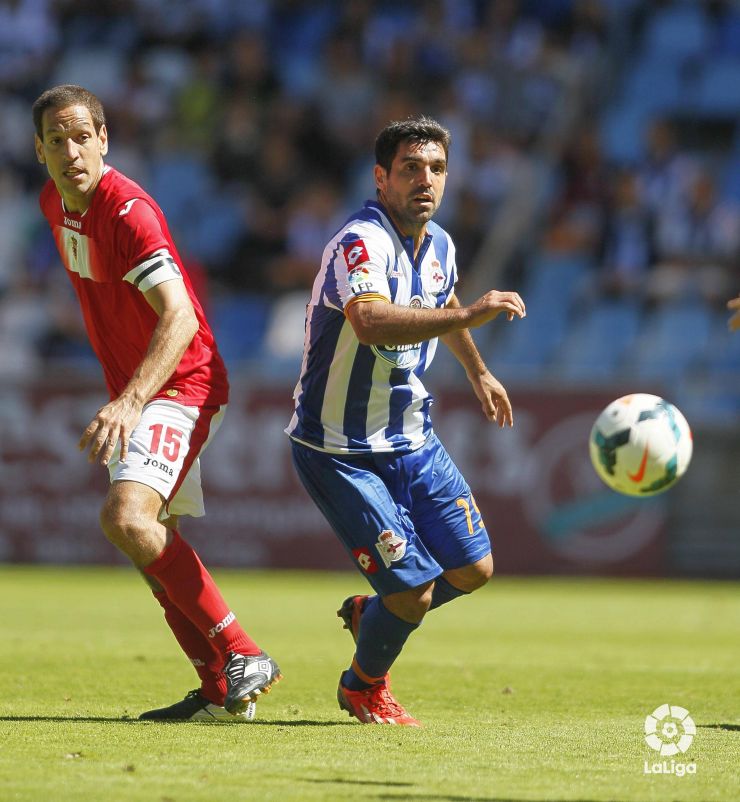 Acciari, the foreigner with the most games in Liga Adelante

Argentinean José Luis Acciari of Real Murcia CF, who has also played for Córdoba CF, Elche CF and Girona CF, is now the foreigner who has played the most games in Liga Adelante after completing the 90 minutes against Deportivo Alavés.

Born in the Argentine region of San Miguel, the player is one of the key components of the Murcia side, and now holds the title of being the foreign-born player with the most number of appearances in the second tier of Spanish football after completing his 312th game on Sunday. Coincidentally, Acciari overtakes another player who plied his trade in Murcia, Frenchman Stephan Pignol. After those two in the list there comes another Frenchman, Julián Ronda, Andorran Marc Bernaus and Brazilian Fabiano.

The central midfielder arrived at Murcia in the 2001/02 season, staying until 2006/07, before returning at the start of the 2012/13 campaign, acquiring a total of 162 appearances in Liga Adelante in the red shirt. Acciari is one of the symbols of Murcia, where he’s currently plying his eighth season, having scored 14 goals in total, two of which were very important in the club’s history. The first, against Real Jaén CF in his first season at Murcia, helped the side avoid relegation, whilst the second was scored against Levante UD, sealing the side’s promotion to Liga BBVA.

After his first spell at Murcia, Acciari went to Córdoba, where during the 2007/08 season he played 27 times in the Spanish second division. Elche were his next side, clocking up 114 appearances over three and a half seasons. In the winter transfer window of 2011/12, the Argentine went to Girona, where he played nine matches.

After not having the best of season’s last time round, Murcia have started the 2013/14 campaign strongly, taking 10 points from their first five games, with one loss, a draw and three wins – the last of which came last Sunday 2-1 against Alavés thanks to goals by Saúl Berjón and Kike García, meaning they sit near the top of the table.