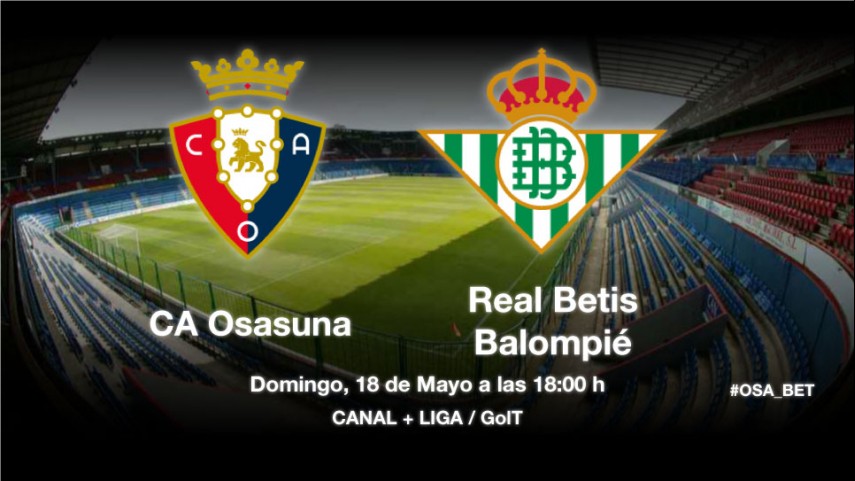 A win the only option for Osasuna

The Navarrese side need three points on Sunday against Betis to have a chance of securing survival, though it will depend on the results of their immediate challengers.

Everything is at stake for CA Osasuna against Real Betis Balompié on matchday 38 of the Liga BBVA. The Rojillos need the three points to have a chance of salvation, though they will have to wait to hear the results of their immediate challengers: Real Valladolid CF, Granada CF, Getafe CF and UD Almería.

After a draw against RCD Espanyol (1-1) on the last matchday, the Navarrese team will play their most important match of the season at El Sadar with their survival in the top flight at stake. Javi Gracia, knowing what his side are playing for, has called on the entire squad for the big game on Sunday. "The players have a sense of responsibility and gratitude, and they have to show it on the field. It's time to show everyone what we're made of", said the home team’s manager.

Betis, meanwhile, have already been relegated to the Liga Adelante and have nothing more to play for than the pride of winning their last game in the Liga BBVA. "We are still disappointed, but the team, with its pride and its responsibility to represent the club, wants to win", said the manager Gabriel Calderón, who will be without the injured Juan Carlos, adding academy product Pibe to the team sheet.