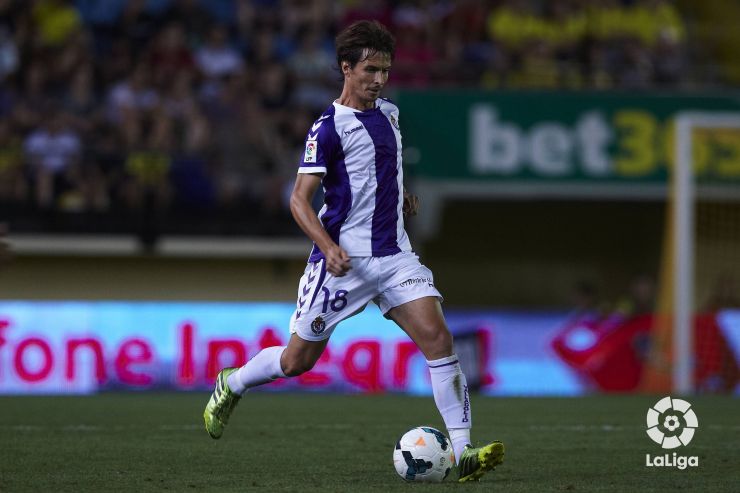 A valuable point for Valladolid

The visitors held on with ten men for the entire second half for a draw against Levante, who missed a penalty.

Levante UD and Real Valladolid CF drew a match which left a bitter taste in the mouth of the home team, while it was somewhat sweeter for the visitors, who were a man down for the entire second half. The result means that Joaquín Caparrós' team now has seven points in the Liga BBVA, to the five of its opponent.

The animosity was soon visible in a match which lacked flow early on livened up towards the end of the first half. Immediately after kick-off Jesús Rueda had the first clear chance with a header straight into the hands of Keylor Navas. From then on the clash was characterised by hard work in the centre of the pitch but with few fireworks in the areas, something to be expected of two resilient teams such as Levante and Valladolid.

The match remained goalless until the 36th minute, when veteran Juanfran showed his prowess on the wing as he sent a cross into the heart of the area. Valladolid fumbled the clearance and the ball fell to the feet of Baba Diawara who was clinical from close range. But the home team's celebrations were short-lived, as six minutes later the score was levelled with a great move from Javi Guerra.

Moments later and agonisingly close to half time, Zakarya Bergdich was sent off for the visitors for bringing down Jordi Xumetra in the area, but Diego Mariño saved his blushes by stopping Andreas Ivanschitz's spot-kick. After the restart, Levante tried everything, including numerous long-range shots, but the level-headed Valladolid defence was up to the task, winning the team a point in the Ciutat de València.