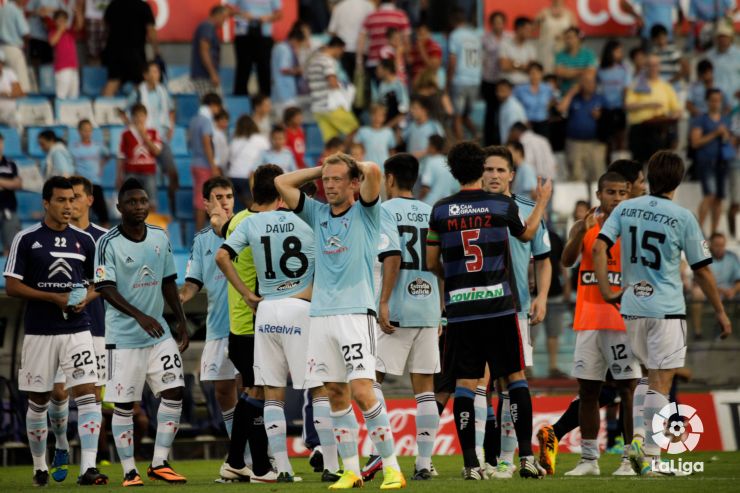 A trip down memory lane for Granada and Celta

We take a look back at the fateful Liga BBVA promotion playoff between the two teams, when the Andalusians beat the team from Vigo in an agonising penalty shootout.

Granada CF and RC Celta de Vigo have a date with history. Their clash on matchday 22 of the Liga BBVA will not just be any old match. The teams have lived their moments of glory side by side in recent years and they now cross paths again with the with that fateful 2010/11 promotion playoff game fresh in their memories.

On that hot 12th of June day in 2011, the history of the Andalusian side changed on a penalty shootout. That of the team from Vigo would do the same a year later, in the 2011/12 season, when they finally reached the heights of the Liga BBVA. First though, they had to suffer a semi-final defeat at the hands of Granada in the most painful and cruel way possible: from twelve yards and with a minimum margin of error.

That afternoon, Roberto Lago and Iago Aspas were given their marching orders, and it was starting to look like it would be a difficult one for Celta. Paco Herrerawatched on nervously and thoughtfully from the bench. His team had the lead through a 'Michu' goal in the first leg, but Fabián Orellana spoilt the Galician team's fun in the Estadio de Los Cármenes by finding the net after 21 minutes. Although there was plenty of time to make a comeback and Dani Benítez missed two penalties for the Andalusians, the aggregate draw took the game to extra time, and eventually penalties.

The same side that snatched victory from Celta will host the team in its stadium on Friday, equally intent on victory and with a highly-competitive squad. That Sunday in June, when Fabián Orellana, Abel Gómez, Dani Benítez, Óscar Pérez and the Granada keeper Roberto scored the five penalties that sealed Granada's passage to the final, will be on everyone's mind. Celta were punished by a lack of accuracyduring the 180 minutes of the playoff, with two penalties missed by Dani Benítez in normal time and, above all, the misses from 'Michu' and David Catalá, who sent Celta's last two shots of the match wide of their target.

The euphoria of the Andalusian side was in stark contrast to the frustration and helplessness of Paco Herrera's men, who came back even stronger the following year thanks to the defeat. Now, in theirencounterin the Liga BBVA, Celta will be looking to get their own back.