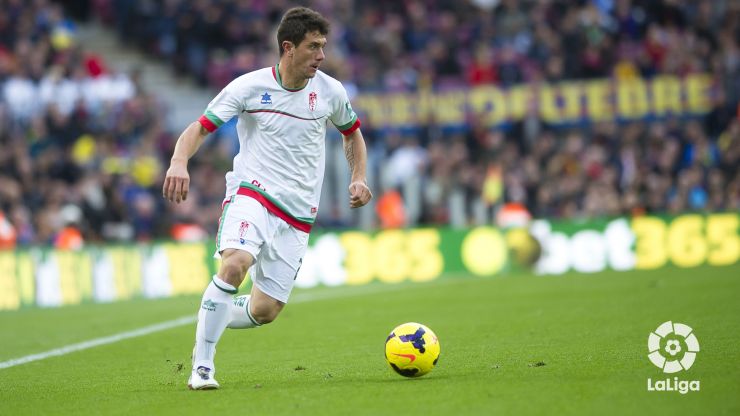 A trio of reunions in the Liga BBVA

Piti and Giovani dos Santos will be paying a visit to their old clubs on the sixteenth matchday of the Liga BBVA.

The Liga BBVA is back and its sixteenth matchday has thrown up some heartfelt clashes in which two players will return to the clubs they served for years.

In one of the weekend's most enticing matches, Villarreal CF will size up against an FC Barcelona who lost their last game in the Estadio San Mamés. The Yellows come into the game firing on all cylinders with one of the La Masía's prodigal sons, Giovani dos Santos, pulling the strings. The Mexican has scored six goals in 13 Liga BBVA matches.

The midfielder burst onto the world scene in an azulgrana shirt together with Bojan Krkić at a time when the youth academy was starting to set the global standard. However, after 28 matches and with three goals under his belt, Dos Santos emigrated to England before returning to the Liga BBVA with Real Racing Club, RCD Mallorca and now Villarreal.

Another player who will be revisiting his old stomping ground is Francisco Medina 'Piti', whose Granada CF will travel to the Estadio de Vallecas to measure up against Rayo Vallecano. The player from Tarragona became one of Rayo's stars during his seven seasons with the Madrid team, eventually playing more than 200 matches with the side that is currently managed by Paco Jémez.

With Piti in the midfield, Rayo Vallecano climbed from the Segunda División B to the Liga BBVA in four seasons, therefore the skilful player's return to play in front of his old fans will be filled with emotion. "I am looking forward to going back to Vallecas, playing well and getting the three points. It will be a very special match for me", said Piti on his current club's website.

But the coincidences do not stop there. Bernd Schuster, now Málaga CF's coach, will search of an important victory against what was his team for two seasons: Getafe CF.

The German is among the managers that have led the azulones in the most matches (76), beating others such as Quique Sánchez Flores (38), Michael Laudrup (38) and Víctor Muñoz (33). With Schuster at the helm, Getafe reached the final of the 2006/07 Copa del Rey after coming back from 5-2 down against Barcelona in the second leg of the semi-finals, one of the side's most famous achievements.