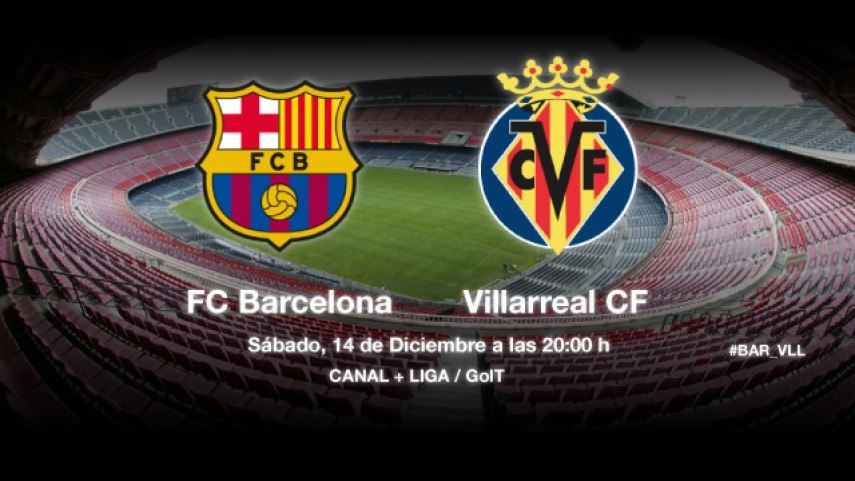 A tough test for Barça

Fifth-position Villarreal will visit the Camp Nou with the hope of asking questions of an azulgrana side who come off the back of a goal-fest in Europe.

Villarreal CF will visit FC Barcelona in the Liga BBVA matchday 16 clash and they are fully intent on recording a victory against the azulgranas, who are top of the table, level on points with Club Atlético de Madrid.

Having filled their boots against Celtic FC in the sixth group-stage match of the UEFA Champions League, Barça will be reinvigorated for the match against Villarreal, a tie for which the team's coach, Gerardo Martino, will be without the suspended Adriano and the injured Dani Alves. "They play just as well away as they do at home. They have produced the best football in the championship and they have game-changing players all over the pitch", explained the Argentinian.

Villarreal, who have made a great start to the season and currently find themselves in the European spots, will be hoping for a good result from their visit to Barcelona. "We are going there to win, if that were not the case, we would stay at home. We go there with the hope and excitement of making things difficult for them and we plan to catch them off-guard", explained the team's manager, Marcelino García Toral, who will be without the injured Cani and the suspended Bruno Soriano.