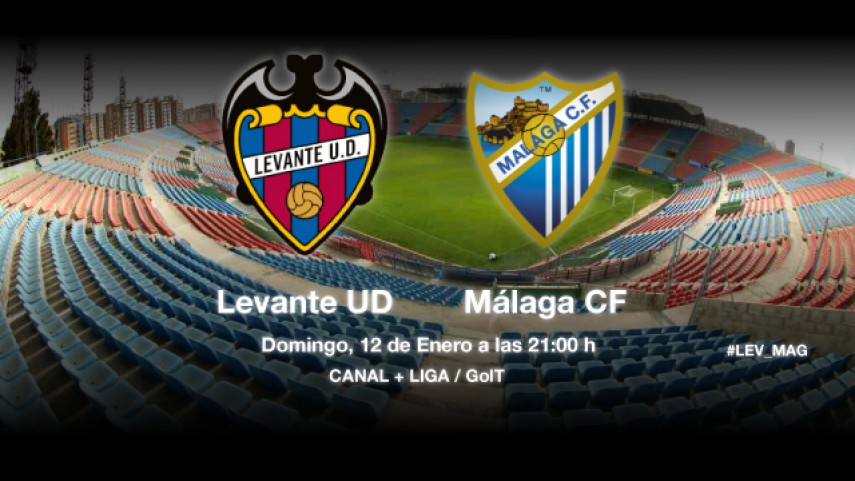 A tight clash in the Ciutat de València

Levante and Málaga, currently level on points, look to close out the first round of matches with a win.

Levante UD and Málaga CF close out the first round of Liga BBVA with a clash which both sides come into with twenty points. The only figure separating the two clubs is Goals For and the winner of the match will move into the top part of the table.

Joaquín Caparrós will be without Pape Diop, a last-minute absentee due to a problem with his left knee. Levante players Bertrand Nong, Rémi Gomis, Baba Diawara and recent inclusion, Nagore will not be in the stadium either. The coach from Utrera stated that both teams come into the match "in need" and added that he is "confident because we are playing in our stadium, in front of our people and we have to be strong here". It will be a significant match for Juanfran García who, if he plays in the game, will be the most-capped Levante player in the Liga BBVA.

Awaiting them will be a Málaga who are without defenders Vitorino Antunes and Marcos Angeleri who are serving bans for accumulated yellows. Bernd Schuster will be able to select Jesús Gámez and Eliseu, who were previously doubtful, but were eventually included on the team-sheet. The manager evaluated his opponents in the press conference. "Levante is a team that takes few risks and has a lot of experience", said the German.