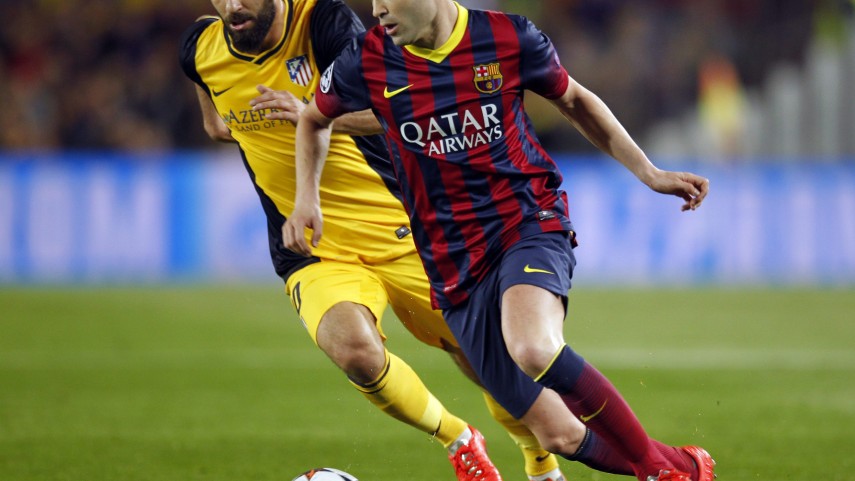 A thrilling draw in the Camp Nou

Barcelona and Atlético Madrid drew 1-1 in an exciting first leg tie in the Champions League quarterfinals.

Barcelona and Atlético Madrid, two teams with aspirations of winning the Liga BBVA title this season, held each other to a 1-1 draw in their first leg tie of their quarterfinal tie in the Champions League.

Never before had the sides met in the knockout stage of a European competition and their first encounter could not have been any more exciting. A truly pulsating 90 minutes of football. David Villa, a former blaugrana player, almost opened up the scoring early into the game with a shot that flew just wide of the post, while Iniesta also had a great chance to get his name on the score sheet also, but was denied by an excellent block from Godín. On a negative note, both Piqué and Diego Costa had to come off early on because of niggling injuries, with both being replaced by Bartraand Diego Ribas.

The latter of these substitutes ended up playing a pivotal role in the second half, scoring with a fantastic right-footed strike in the 56th minute. However, Neymar pulled one back for Barcelona in the 71st minute after Iniesta carved open the away side’s defence with a great pass. The tie is now wide open ahead of the second leg, which will take place on the 9th of April in the Vicente Calderón.