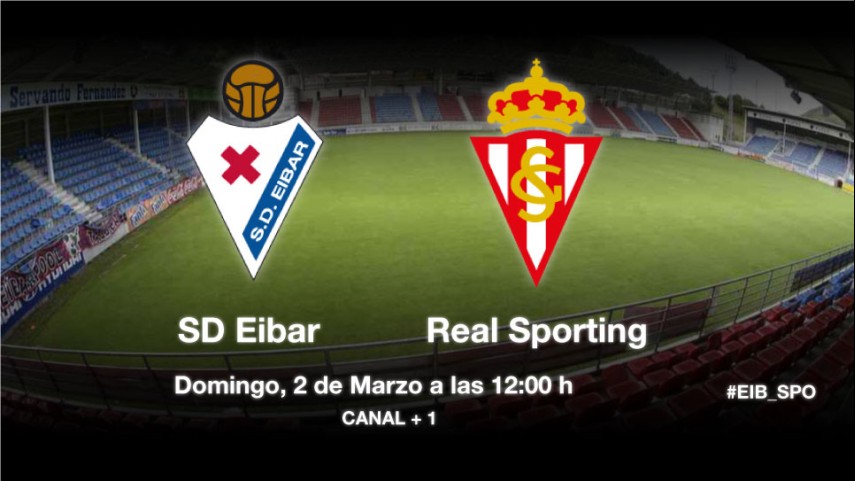 A test of fire for Eibar

The current Liga Adelante leader will play host to Sporting for a top of the table clash, with just one point separating the two sides.

The excitement of the Liga Adelante season continues into matchday 28 with a top of the table clash between Eibar, the current league leaders, and Sporting Gijón, one of the Basque side’s closest rivals in terms of points.

The home side, which has gone six Liga Adelante matches unbeaten, has the better head-to-head record in the Ipurua Municipal Stadium, having beaten the Asturian outfit five times in their previous twelve encounters.

Meanwhile, the away team, managed by José Ramón Sandoval, will be hoping for a win to move even closer to the automatic promotion places. Sporting come into this match in good form having gone seven games unbeaten in the competition. "Winning is more important than how we play in this match", Sandoval stated in his pre-match press conference.