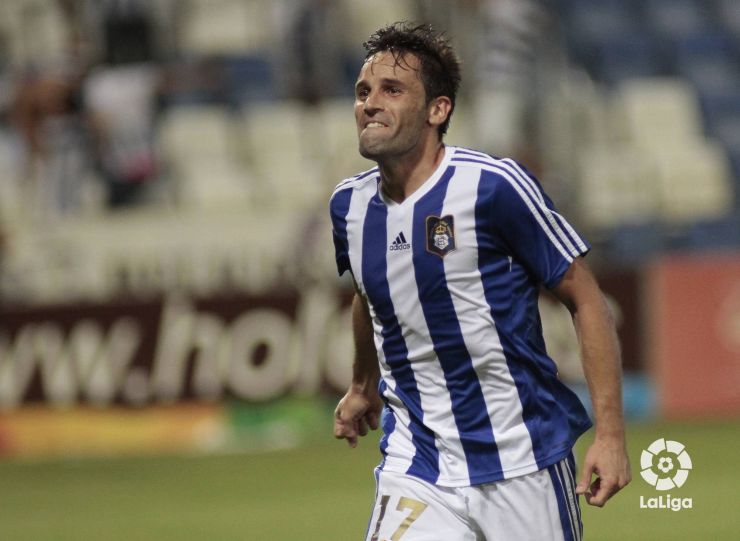 A taste for goal in the Liga Adelante

Viguera, Arana, Jona and Gerard Moreno are going through some of their most lucrative spells in front of goal.

Several Liga Adelante footballers are lighting up the league early this season. Their personal hot streaks not only make them the top goal-scorers in the division, but they are also contributing to the positive results of their respective teams.

One of the players who has stood out for his excellent performances in recent matches is Borja Viguera. The Deportivo Alavés striker has not stopped scoring in the last four matches, where his six goals have helped the team from Vitoria accumulate ten points, allowing them to escape the danger zone in the Liga Adelante table.

Manuel Arana is another player to have impressed. The RC Recreativo de Huelva winger is relishing both his team's top spot and his own goal-scoring streak. His last four goals have come in the team's last four matches and have given them ten points which were vital in order to continue to command the Liga Adelante table. Jona's goals have been essential for Real Jaén CF too. The young striker from Honduras has found the net seven times so far this season, four of them coming in the last four matches.

There are other Liga Adelante footballers who are enjoying a particularly successful spell in front of goal, such as RCD Mallorca striker Gerard Moreno, who has pitched in during his team's last three wins, and Macauley Chrisantus, who bagged a hat-trick against Real Sporting de Gijón. And let's not forget Stefan Šćepović, the Asturian team's striker and top goal-scorer in the Liga Adelante with nine, and Kike García, Real Murcia CF's most deadly assassin.