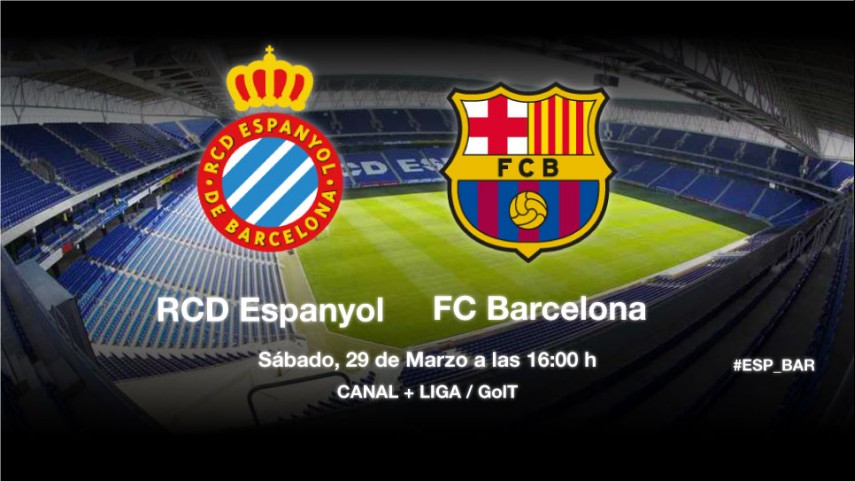 Espanyol, who have looked solid in recent games, entertain a Barcelona side coming into this match on the back of wins in El Clásico and against Celta.

The Liga BBVA matchday 30 will kick off with one of the championship’s most looked-forward-to fixtures. Espanyol take on Barcelona in the Cornellà-El Prat in a vital clash for both teams.

Javier Aguirre's disciples will throw everything they’ve got at the blaugrana, who had looked shaky leading up to Sunday's win the Santiago Bernabéu. "We don't see ourselves as the inferior team heading into this game. We are going to try to compete and win the match", the Mexican coach stated in his pre-match press conference. Making his way back into the home side’s squad is left back Víctor Álvarez.

Meanwhile, Barcelona will be treating this game like a final in which only a victory will do, now that they are back up to second place in the table. Should they win, the team will dedicate the result to Víctor Valdés, who suffered a serious cruciate ligament injury in the midweek meeting with Celta Vigo. "The Liga BBVA will go right to the end between three sides. The only thing that has changed is that now it is in our hands", declared Gerardo Martino. Andrés Iniesta and Xavi Hernández were both late additions to the squad list.