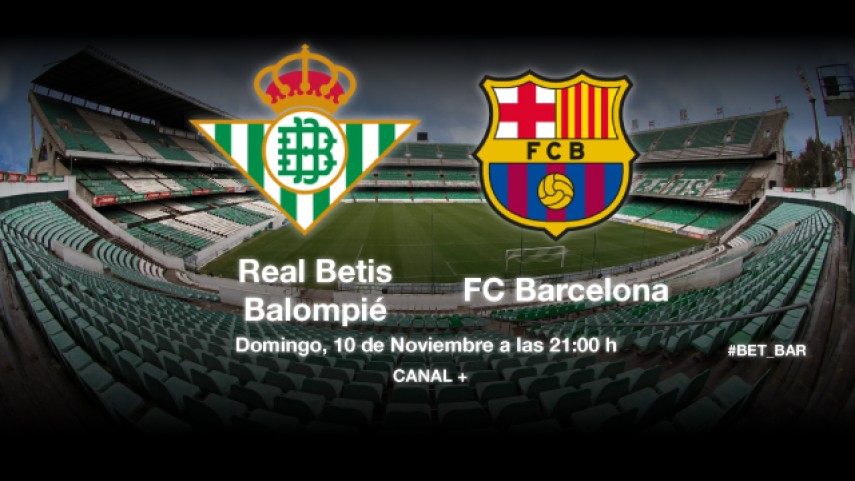 A solid Barcelona versus a desperate Betis

The Liga BBVA leader travels to Seville looking to continue its dominance on the top of the league table, while the home side desperately looks to pick up a good result.

Liga BBVA leader, FC Barcelona, travels to the Benito Villamarín for matchday 13 of the current league campaign to take on a Real Betis Balompié side in need of a change in form.

The Andalusians, who need to start picking up points in order to get out of the relegation zone, will be heading into this encounter with a number of players missing, most notably Antonio Amaya and Juanfran in defence, and Nosa Igiebor up front. Nonetheless, Pepe Mel was in confident mood in his pre-match press conference, "Our squad is tight, but we are excited. We have always given Barcelona a game, although we’ve lost", the Madrid-born coach declared.

Meanwhile, Gerardo Martino, the visiting coach, has not selected Gerard Piqué or Sergio Busquets, because of an injury and a technical decision respectively. "Betis poses a danger because it is a good side. It doesn’t matter in what position of the table the team is. Whoever saw them play against Madrid in the first match of the season knows they have a good team", the blaugrana coach stated ahead of the clash.