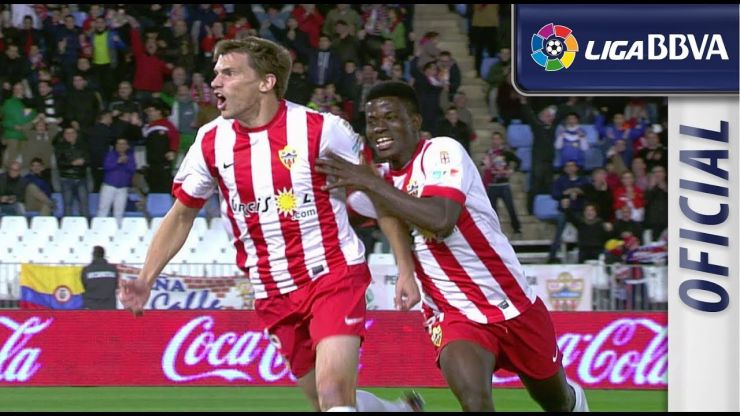 A promising victory for Almería

The almeriensistas recorded an important 3-0 win over Granada to move away from the relegation zone.

UD Almería sealed its second victory in the Estadio de los Juegos Mediterráneos on matchday eighteen of the Liga BBVA by beating Granada CF 3-0, it is a win that allows the team to move away from the bottom of the table.

The home team came out firing on all cylinders and they had taken a two goal advantage before the half -hour mark. First to score was Sebastián Dubarbier after 14 minutes of play, while José García 'Verza' doubled his team's lead from the penalty spot.

The break did nothing to halt the hosts' momentum and eleven minutes from the final whistle Aleix Vidal was on hand to finish off a counterattack for his team and seal the victory over Granada. The result means that Almería took the three points in an unprecedented Liga BBVA match, while Granada are yet to break their duck in Almería's stadium.