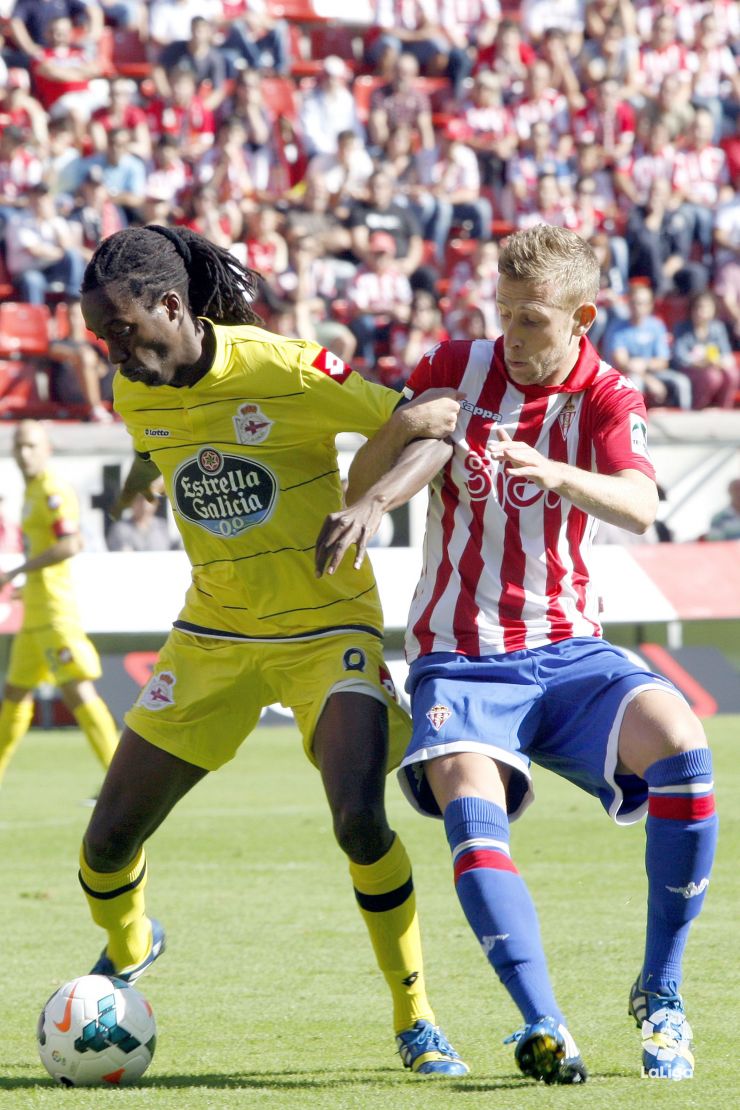 The first round of matches has left in its wake an extraordinarily close championship, with just 15 points between the leader and the last-place team.

Tight, competitive and more passionate than ever.This is where we find the Liga Adelante after the first round of matches, where the fight for the precious promotion to the Liga BBVA and the struggle for salvation promise to be thrillers. The mere 15 points that separate the leader, RC Deportivo de La Coruña, from bottom team Real Madrid Castilla, speak for themselves.

Since taking the lead on matchday 15, Deportivo have managed to cling on to the top spot and see out the first half of the season out with the symbolic moniker of winter champion. The Galicians have started 2014 with two draws, but they will undoubtedly continue to be one of the hot favourites for promotion. Fernando Vázquez's side is, in addition, the best visitor in the Liga Adelante with a balance of six victories, three draws and a single defeat.

Snapping at their heels, just three points behind, are Real Sporting de Gijón. The Asturian side have rediscovered their spark, and they have more than enough reason to be optimistic after a fantastic first half of the season that has led to their current second place. Much to the delight of their fans, the Liga Adelante's top goal-scoreris a rojiblanco (Stefan Šćepović, 15 goals).

The promotion playoff positions are topped by the Liga Adelante's surprise package, SD Eibar,coached by Gaizka Garitano. Despite having just come up, the team from Eibar is proving a very difficult side to beat, something that has rewarded them with 32 points and third place. With the same haul, a Real Zaragoza who are on the rise and a RC Recreativo de Huelva that dominated the first stretch of the season, lie in fourth and fifth position respectively, while, CD Numancia is sixth with 31 points.

However, the competitiveness of the Liga Adelante demands the utmost consistencyin order for each team to keep its place in the table. While UD Las Palmas are in seventh position with the same number of points as Numancia, there are three clubs that are just three points away from automatic promotion: Córdoba CF, CE Sabadell FC and RCD Mallorca. The same distance separates three mid-table teams, Real Murcia CF, SD Ponferradina and Real Jaén CF from the playoff positions.

Finally, the fight to stay up promises to be a cracker and not one for the faint of heart.Teams such as FC Barcelona B, CD Tenerife, Hércules CF and CD Mirandés have managed to avoid the relegation zone so far this season, a feat that has proved elusive for some teams who played in the promotion playoffs last season, such as AD Alcorcón and Girona FC. The last two places are occupied by Deportivo Alavés and Real Madrid Castilla, who will be looking to improve their results in what remains of the season.