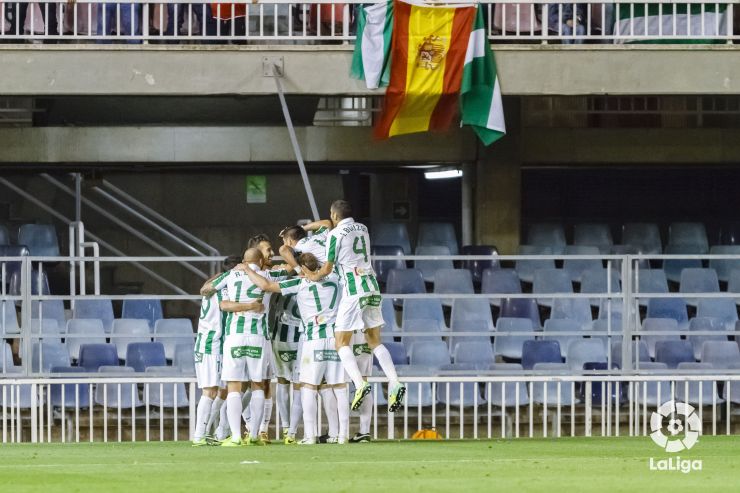 A passionate day in the Liga Adelante

Eibar are still going strong and are now in the hunt for first place after the draw with Dépor in the Galician derby. At the bottom end of the table, Girona won in Tenerife and are in with a chance of staying up.

Liga Adelante is drawing to an end and the nerves are jangling. All of the teams are giving everything they have to achieve their end-of-season objectives and it was more than evident on matchday 37. While the fight for promotion and the playoff spots at the top of the table is still wide open, it is also all to play for at the bottom in the battle for safety.

SD Ponferradina once again proved their consistency on Saturday as they were victorious in El Toralín over Deportivo Alavés, who end the weekend in a tight spot, in 21st position in the table. It was also a fruitful Saturday for Córdoba CF, who beat FC Barcelona B thanks to a goal from Uri Dávila. The win leaves the Andalusians level on points with Real Sporting de Gijón, who lost to AD Alcorcón (1-0). It was a defeat that led to a change in the Asturian club’s dugout as José Ramón Sandoval has now made way for Abelardo Fernández.

The draw in the Galician derby (2-2) between CD Lugo and RC Deportivo de La Coruña was another of the standout games on Saturday. The team from Lugo came back thanks to a brace from Vincenzo Rennella. The result keeps Dépor at the top of the table, followed by SD Eibar, who beat RCD Mallorca (0-2) on Sunday with two goals from David Mainz. Gaizka Garitano’s team consolidated its second position in the table and will now attempt to mount an assault on the leaders.

The main beneficiary at the bottom of the table was Girona FC, who won in the Heliodoro Rodríguez López (0-1) against CD Tenerife with a goal from Alfredo Ortuño. The win means the Catalan side take a huge stride towards safety with five games left to play. In the closest game lower down, Real Madrid Castilla drew one-all against Real Jaén CF, a result that leaves the team from the capital two points away from safety.