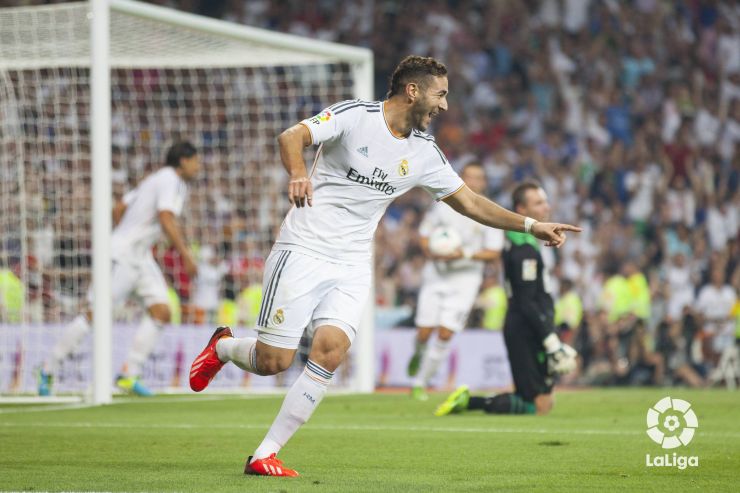 A notable match for Benzema and Arbeloa

The Frenchman recorded his 100th victory against Elche and the Spaniard played his 200th match.

French striker Karim Benzema achieved his 100th victory in the Liga BBVA. A statistic which is made more noteworthy by the fact that the ex-Olympique Lyonnais striker has only played 130 league matches. Benzema is currently in his fifth season with Real Madrid and in total he has accumulated 136 victories in the 190 official matches he has played.

The other impressive achievement was Álvaro Arbeloa's 200th Liga BBVA match. The defender from Salamanca made his debut in the Spanish top flight on the 16th of October 2004 in the Benito Villamarín Stadium for Real Madrid during a season in which he played in two clashes with the whites. He later moved to RC Deportivo de La Coruña before changing to Liverpool FC until the 2009/10 season when he returned to Real Madrid CF where he has played four consecutive seasons with more than 25 Liga BBVA matches in each.

Real Madrid's next match is the important derby against Club Atlético de Madrid on Saturday at 22:00 in the Santiago Bernabéu Stadium. If the team wins it will overtake its neighbour in the table.