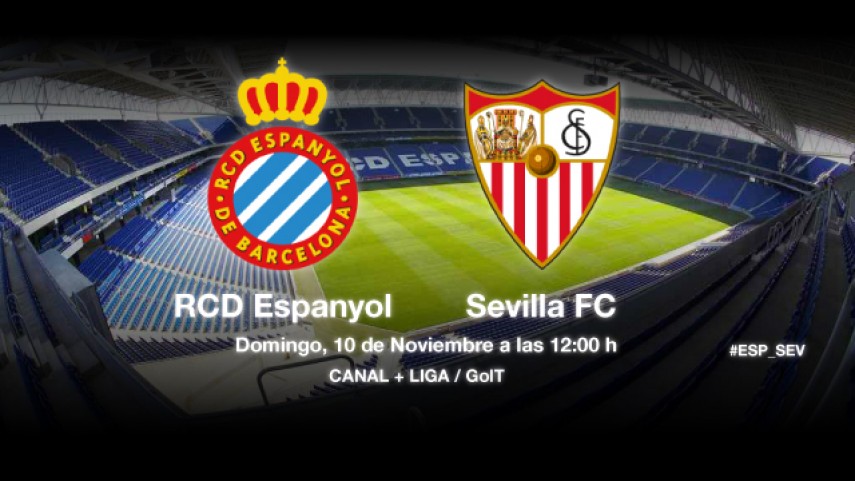 A must-win clash in Cornellà

Espanyol and Sevilla will take each other on in the former’s ground with both sides in need of a good result.

RCD Espanyol will take on Sevilla FC at home for match 13 of the Liga BBVA, with both sides looking to bounce back from recent bad results. The Catalan outfit has not won a match in its last three outings, while the Andalusians have lost their last two games.

"This is a huge match for us. It is a decisive fixture and, although it is still early, we can’t afford to fall behind any further", Javier Aguirre, the home side’s coach, stated. The Mexican sees Sergio García and Javi López return to the squad for this match, while Christian Stuani and David López will be unavailable to play.

Meanwhile, Unai Emery, the Andalusian side’s manager, will travel with 19 players to Barcelona, with the notable inclusions of Vicente Iborra, Nico Pareja and Iván Rakitić. "This is another challenge for us. If we win on Sunday we will overtake Espanyol, who started well but have since then dropped off a bit. It will be a tough match due to its importance for both teams", Emery declared in his pre-match press conference.