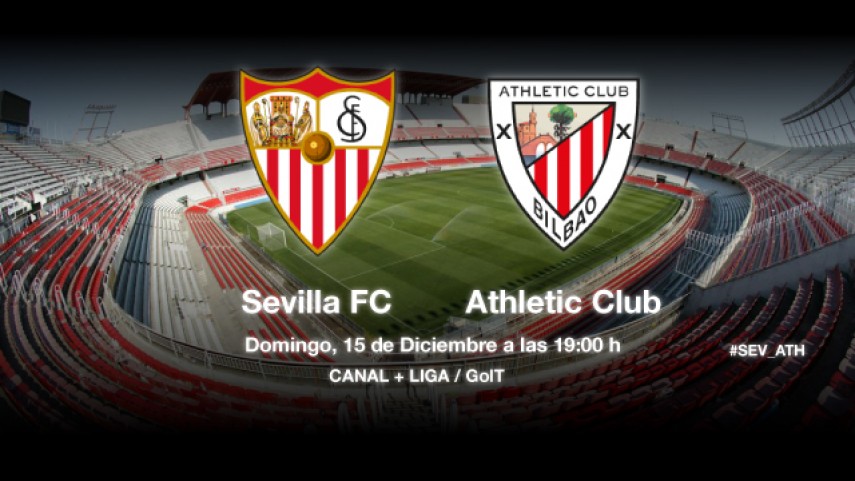 A mouth-watering clash in the Sánchez-Pizjuán

Sevilla host Athletic on matchday 16 of the Liga BBVA with both teams in the midst of hot streaks.

Athletic Club come to the Ramón Sánchez-Pizjuán stadium to take on Sevilla FC firing on all cylinders, having become the first team to beat the Liga BBVA leaders, FC Barcelona, this season.

The home team is also on form and both sides have won their last three matches. It will be an intense clash that Ivan Rakitić, a key member of the Andalusian team, will miss, although the Sevilla's coach, Unai Emery, is not concerned by his absence. "We need to win tomorrow's match and it will require a huge amount of energy", said the home manager.

For their part, Ander Iturraspe and Aymeric Laporte have recovered from their respective injuries and will therefore be available to Ernesto Valverde. The rojiblancos coach admitted that, although they cannot be complacent about their fourth position this early in the season, it "gives the team strength". "If we can become more consistent that could become our goal, but we have to wait a while yet", stated Valverde.