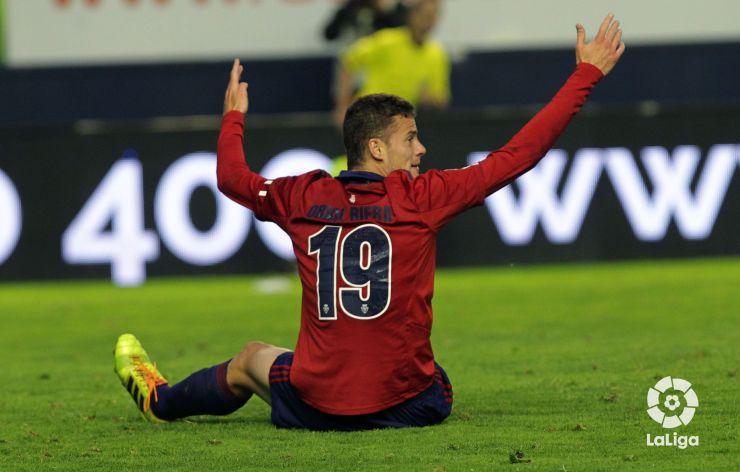 A more bitter than sweet victory for Osasuna

The Pamplona side will play in the Liga Adelante next season despite beating Betis in their last match of the league campaign.

CA Osasuna recorded a bittersweet 2-1 victory over Real Betis Balompié in their last Liga BBVA game of the season, in a strange match which was suspended for 20 minutes in the first half when one of the stands in the southern end of El Sadar collapsed.

The home side was full of confidence walking down the tunnel. A win and a bad result for their direct rivals would ensure they stayed up in the Liga BBVA for another season. With that in mind, Javi Gracia’s men, including Patxi Puñal in his last ever game as a professional, started strongly. Oriol Riera needed just twelve minutes to open up the scoring and, once the game restarted, Acuña made it 2-0 to keep the dream alive in El Sadar.

After the half time break, Osasuna looked far more relaxed, however, Betis then began to create the most clear-cut chances of the game. The Andalusians brought out the best in the Osasuna goalkeeper, Andrés Fernández, who had one of his best ever performances for the club, although he was powerless to prevent a long-range Javi Chica strike from finding the back of his net.

Despite the win and the fight shown by los rojillos for the full 90 minutes, the three points were not enough to keep them in the division and they now bid farewell to the Liga BBVA.