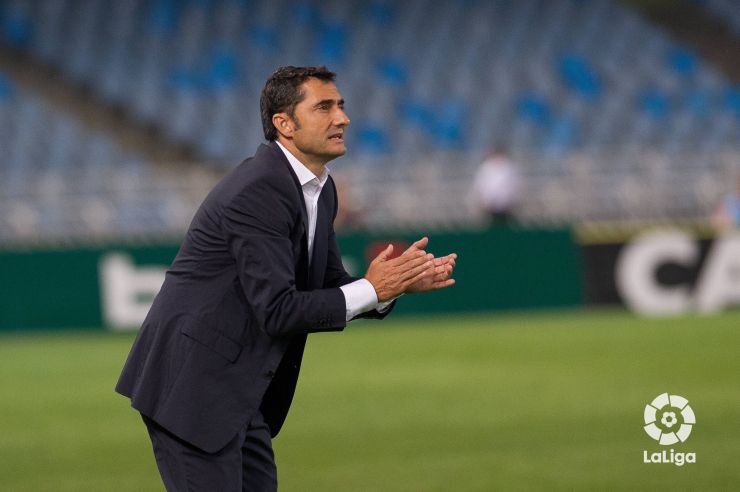 A modern classic in San Mamés

Athletic and Betis take each other on in a clash which over the past few years has favoured the Seville team.

Athletic Club will take on Real Betis this Thursday in an encounter between two sides fighting it out for the European spots this season.

The Basque side will be looking to make it up to its fans after losing 3-2 to RCD Espanyol on Monday night. Ernesto Valverde’s men have won all their home matches so far this season and will be hoping to keep that statistic alive despite the question marks hanging over Mikel Balenziaga and Borja Ekiza, as well as the confirmed absences of Kike Sola and Enric Saborit. The Athletic coach was able to confirm that Gorka Iraizoz will be starting in nets against Betis, but specified that the decision hasn’t been taken for the whole season.

"One thing we have to understand is that in the first division, mistakes are punished dearly, but football is a game full of mistakes. Against Celta we were able to win despite committing them, but that wasn’t the case against Espanyol. Betis like to squeeze high up the pitch and intercept the ball, but they can also counter attack. They have enjoyed good results here over the last few years and I hope that this year that isn’t the case", Valderde said in his press conference.

Meanwhile, Pepe Mel is trying to cope with the very demanding fixture schedule his team has had to deal with during the beginning of the season. The Seville side has to play five games in the space of two weeks, so changes to the starting line up are expected. "The team is working well together, and sometimes the results don’t show that. Games in Bilbao are always hard fought and difficult, but Athletic has changed its playing style, and looks like a different team. As for changes, they have to be introduced careful so as not to interfere with the team’s rhythm", Mel declared in his pre-match press conference on Wednesday. The Green and Whites will be without Ruben Castro, who is out due to a back injury.