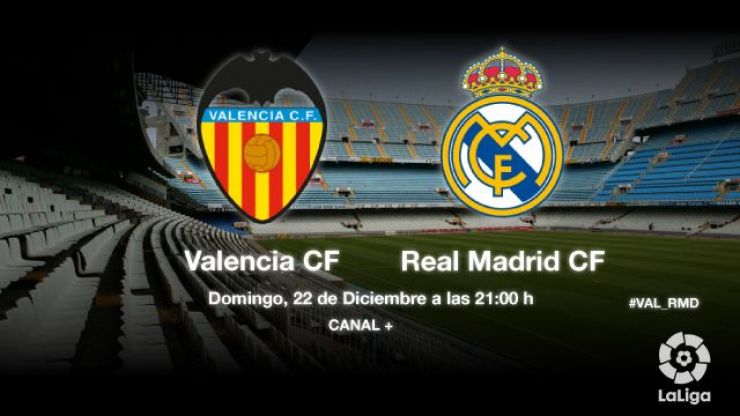 A lot to play for in the Mestalla

On his debut in the Liga BBVA as Valencia's manager, Nico Estévez is hoping his team can clinch an important win over a Real Madrid who are bidding to stay in touch with the top teams.

There are still two matches left until the halfway point of the Liga BBVA season and Valencia CF and Real Madrid CF will fight it out for three very important points in the Estadio de Mestalla.

After Miroslav Djukić's dismissal last Monday, Valencia's new coach, Nico Estévez, will be making his debut in the Liga BBVA and he has a full squad of players at his disposal for the occasion. "We have to keep our concentration for the full 90 minutes. We cannot allow Real Madrid to play their game. We cannot allow them to run. We are going to have our home fans behind us", stated Nico Estévez, who will provide his team-sheet on Sunday morning.

Meanwhile, Real Madrid, currently lying third, do not want to lose any more ground on the top two Liga BBVA teams. For the clash against Valencia, the Whites' coach, Carlo Ancelotti, will have to make do without some important players. Pepe is suspended while Raphaël Varane, Fábio Coentrão, Sami Khedira and Gareth Bale are all injured. "We are playing a highly-motivated opponent due to their change of manager. We are keen to finish the year well, to play well and get the three points", commented Ancelotti before the match.