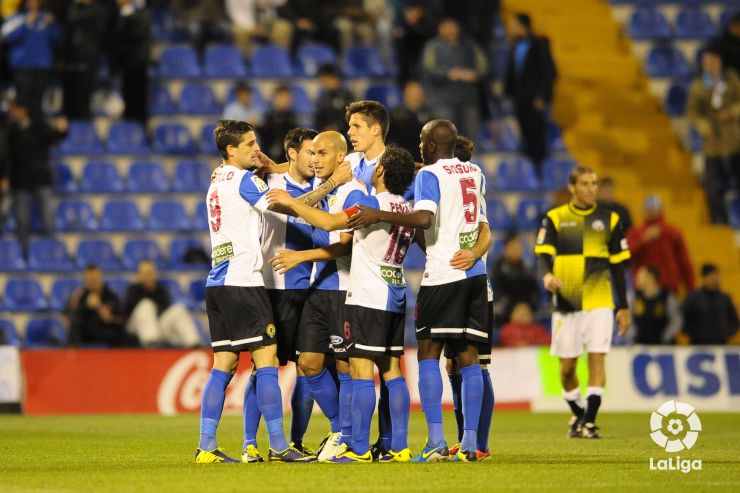 A Liga Adelante full of history

The 2013/14 edition of Liga Adelante has a number of historic sides with many years of experience.

It's more than 80 years since the creation of national football competitions in Spain. Liga Adelante arrived in 1928, and within it many sides have helped to create the grand history of our football.

We know that Liga Adelante is Europe's most competitive league, something backed up by statistics and confirmed by the emotion stirred by matches each weekend. A championship comprised of 20 sides, many of whom are over 100 years old, who each weekend unite thousands of fans all over Spain.

The prime example is Real Murcia, founded in 1908, they are the side who has played the most seasons in Liga Adelante (52). The side from the south of Spain have won the title nine times, and currently sit eighth in the table, seven points behind league leaders Deportivo.

But Murcia aren't the only historic outfit leaving its mark on this season's Liga Adelante. The 42 campaigns that Sporting have had in the league, along with their flying start which sees them currently second in the table, means they're a definite candidate to win what would be their first ever Liga Adelante crown.

Whilst there are sides such as the Asturian outfit who are looking to win their first ever title at this level, there are others like Deportivo, who have played 39 seasons in Liga Adelante, and are currently aiming for their sixth title in what is one of the competition's closest ever seasons. The Galician side lead the way after the first few months of the season, and are one of the division's most garlanded clubs.

Sabadell, Hércules, Tenerife and Recreativo head a list of sides with over 35 seasons in Liga Adelante. Of the four, only the 'Decano', and the Canary Island side know what it is like to win the Liga Adelante title, having done so once each.