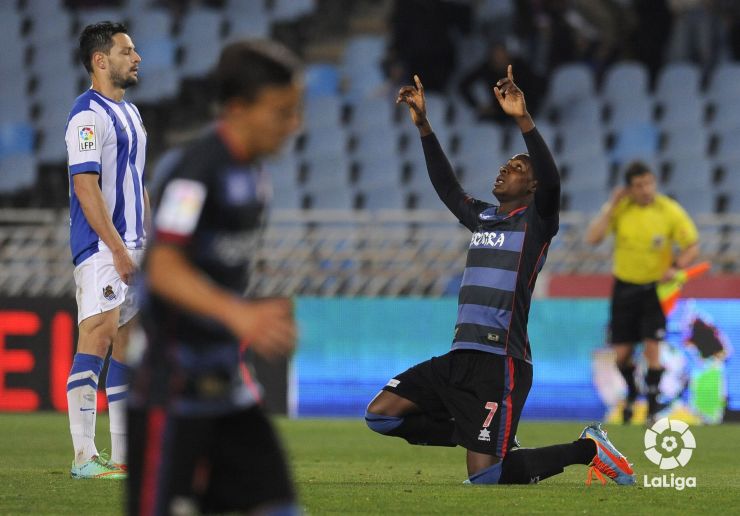 A hopeful point for Granada

The Andalusians' physical exertion and a goal from Ighalo in the last minute gifted them a valuable draw against Real Sociedad.

Granada CF never gave up hope and sealed a priceless point in the Anoeta that keeps them in the fight for safety after a 1-1 draw against Real Sociedad on Liga BBVA matchday 36.

The goalkeepers and the woodwork were the stars of the first half. Neither the team from Donostia nor the Andalusians managed to find the net in the first 45 minutes, despite numerous opportunities for the strikers.

The second half was a carbon copy of the first as far as chances go, but as the clock ticked on both teams’ players began to look nervous. Real Sociedad and Granada ended up a man down, and after countless failed chances at both ends, it was Carlos Vela who finally broke the deadlock by sending a De la Bella assist into the back of the net. But the hammer blow came in the dying breaths, just as it had last year on the same stage. Odion Jude Ighalo equalised in the 93rd minute to give Granada hope for the final few matches.